It's 8.15 am in DF and I'm in Paseo de la Reforma. Something's missing....the roar of traffic, the smell of exhaust fumes, the overflowing buses and the pavements busily trying to absorb the weekday stress and crowds... these are missing because it's Sunday. Instead you can hear the birds singing, the sky is beginning to turn blue and an unusual peace and quiet is blanketing the urban sprawl. This megalopolis needs a break, just to sit down and catch its breath before another bustling week begins.

This is my favourite time here, when Mexico City undergoes its surprising weekly transformation. In fact, a complete metamorphosis takes place in the centre.... one morning a week, bikes rule! 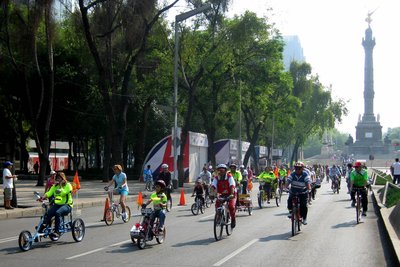 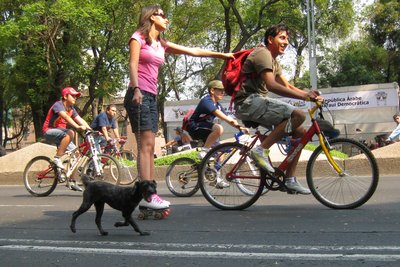 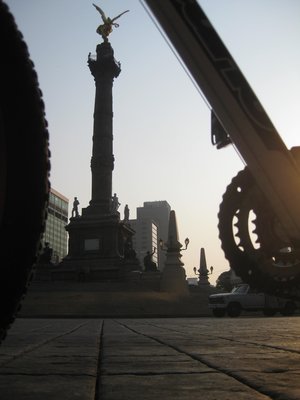 This morning, office attire, uniforms and overalls have been discarded in favour of casual clothing and sports gear. Bulging buses, Tsuru taxis and trucks and cars spewing out toxic fumes have given way to a means of transport which is environmental-friendly, the bicycle. Every Sunday morning, from 7 am to 2 pm, the main streets in the centre are cordoned off and become the unviolable realm of people moving under their own steam. Some run, others jog, the rest are equipped with bikes, skateboards, scooters or roller blades. Thousands of residents in this vast, pulsating city, plus the odd tourist, claim back the centre for themselves, and do it in style.

This morning the organisation Muévete en Bici (roughly translated "On Yer Bike"!) is celebrating its 4th anniversary and, along with the Ministry of Environment and other institutions, has organised a whole series of activities for us, including guided rides around the centre, sports, cultural and musical activities, and the novelty of all their electrical installations being powered by pedal-power. Cyclists have turned out in their thousands. I've joined them on my sturdy mountain bike, as I do most Sunday mornings for my early morning Paseo Dominical. It is a heartwarming sight - whole families, with or without their four-legged friends, tiny tots astride their first "vehicles" right up to seasoned riders. All ages and sizes are represented on an imaginative range of bikes and trikes, as you can see... 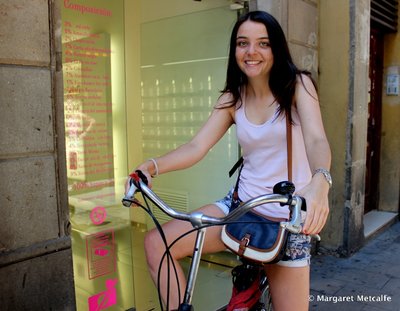 Father and son on their trikes 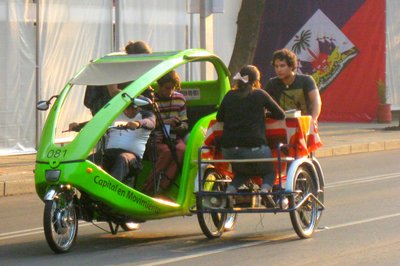 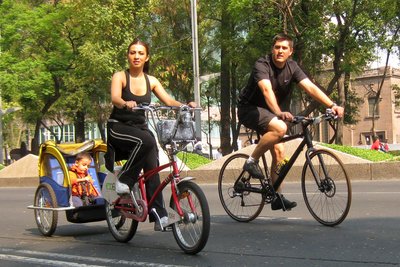 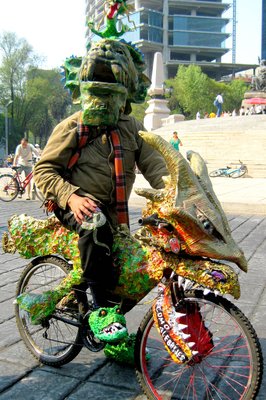 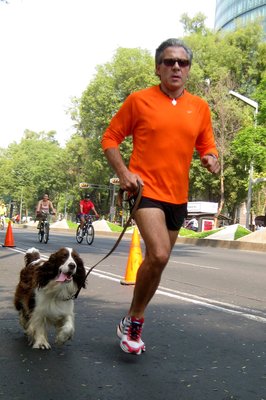 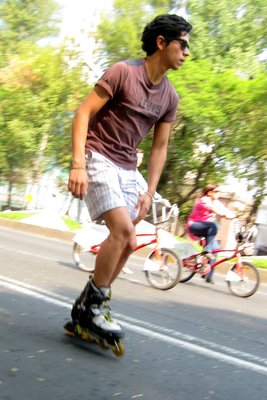 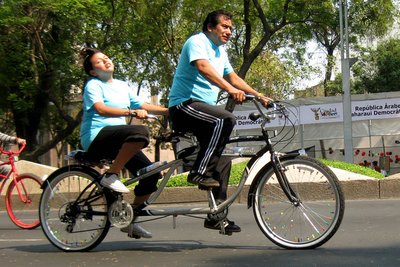 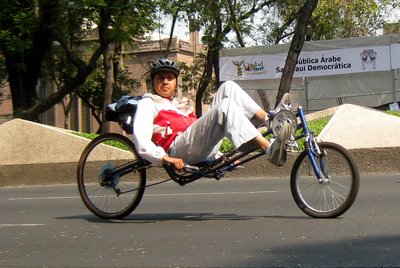 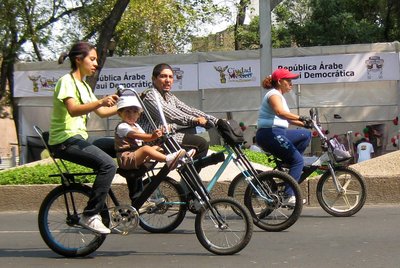 Mum and kid on chopper 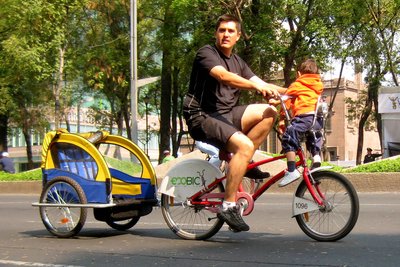 Keeping an eye on Baby 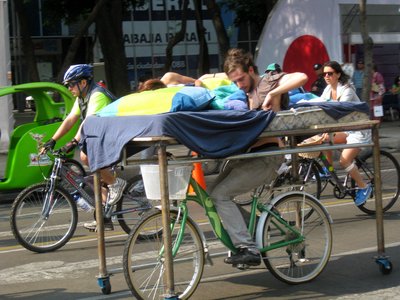 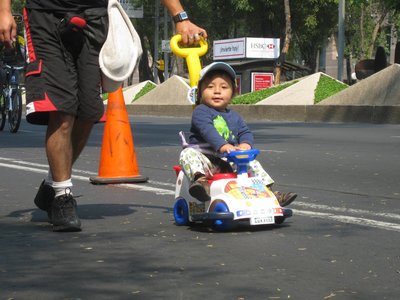 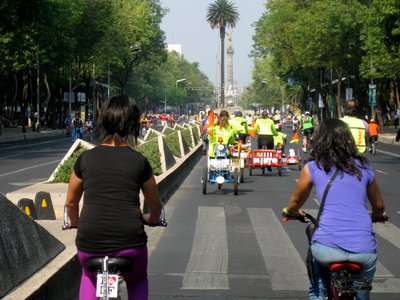 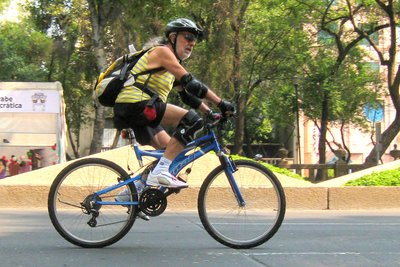 Although this is a special occasion, cyclists normally have free reign of 24 kms of traffic-less roads every Sunday, starting at the Torre Mayor in Paseo de la Reforma, up to the Caballito, around the Centro Histórico, and as far as the Basílica de Guadalupe (La Villa). And on the last Sunday of the month, an additional 35 km circuit is closed to motorised vehicles for cyclists, joggers and rollerbladers to enjoy. Mexico City is at last moving in the right direction, taking measures to reduce congestion and contamination... and WAIST SIZE. Pedalling steadily on the uphill ride to being a bike-friendly city. I, for one, am 100% behind them. 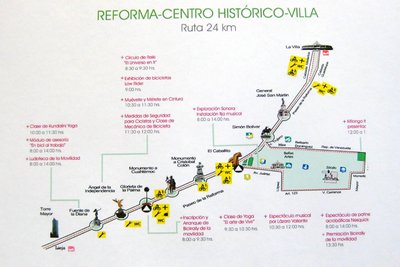 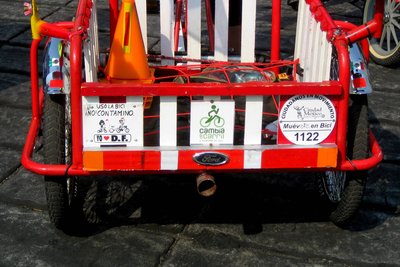