Silent statues and colourful beasts in the Zócalo 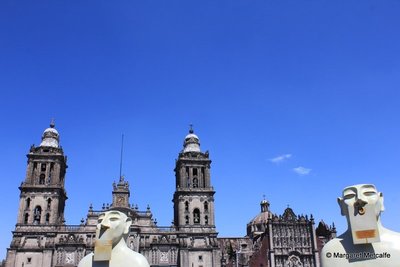 Mexico City's Zócalo, the enormous public square in the heart of its Centro Histórico, is rarely empty. When it isn't the venue for celebrations, political rallies, protest marches or other events, it's showcasing sculptures or hosting fairs. And at Christmas it turns into a huge winter sports arena with the world's largest ice-skating rink, among other things.

Lately, over the past two weeks, it has housed a series of sculptures called Nuestros Silencios ("Our Silences"), by the Mexican sculptor Rivelino, which have circled the globe over the last two years, visiting cities such as London, Madrid, Brussels, Paris, Shanghai, Moscow.... The exhibition consists of 10 giant figures cast in bronze and a Tactile Box specially for the blind which contains four smaller replicas inside which can be felt by putting your hands through two small holes. These giant sculptures were installed in the centre of the Zócalo on the 26th October and will be standing there in silence until the 18th November. 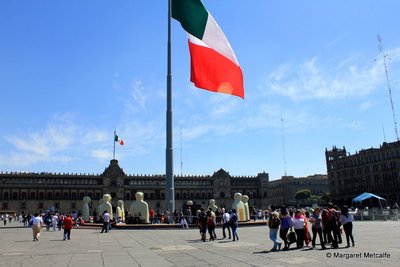 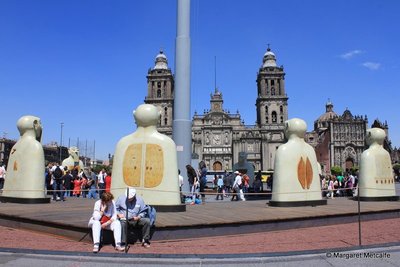 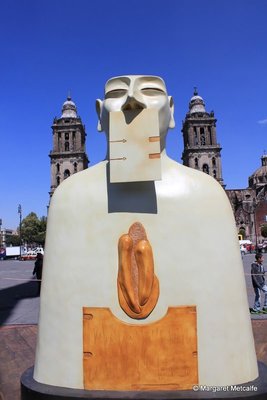 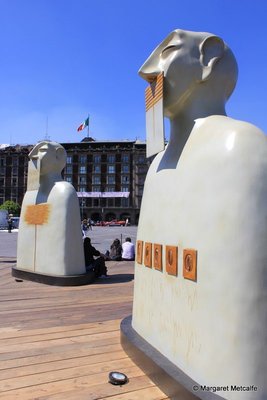 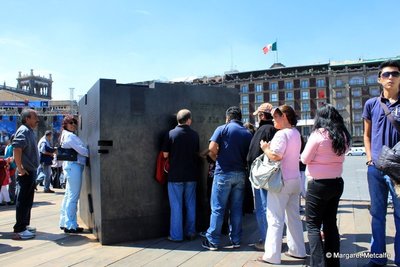 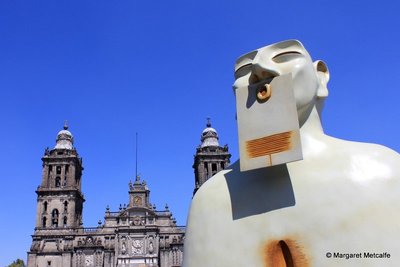 One of the big figures 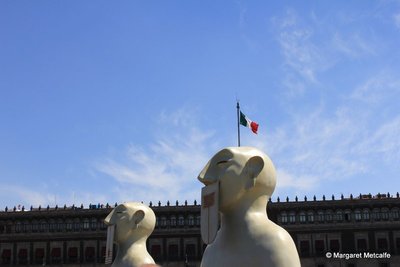 Looking towards the Palacio Nacional 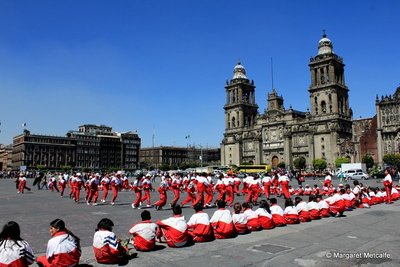 The day I went, there was a group of schoolchildren performing Aztec dances in the square

For a week or so, these giant figures were joined by the alebrije creatures who were moved from Paseo de la Reforma to make room for the Avon Walk for Breast Cancer. The creatures clearly enjoyed having more space to move around in and the visitors were able to observe them from every angle. Here's a bird's eye view and a worm's view of them! 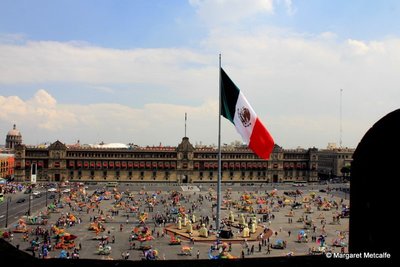 Looking down on the Zócalo 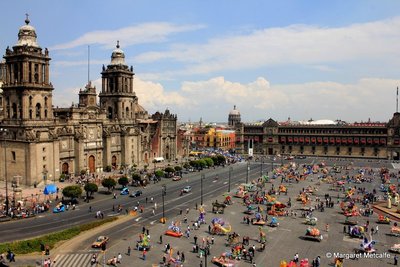 Latin America's largest cathedral, la Catedral Metropolitana, stands on one side of the square 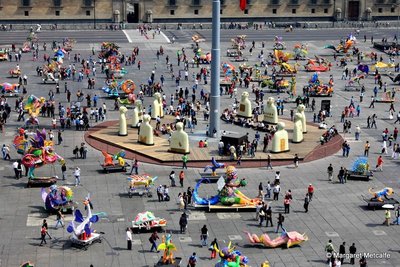 The group of 10 bronze figures making up the exhibition, Nuestros Silencios, seen from above 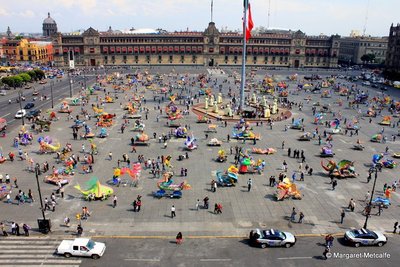 The enormous square with the colourful alebrijes dotted around it 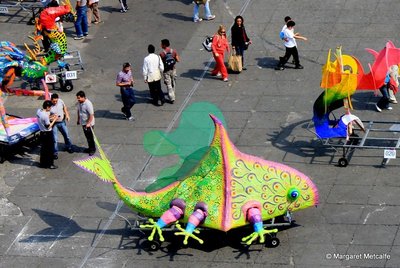 Looking down on one of the alebrijes 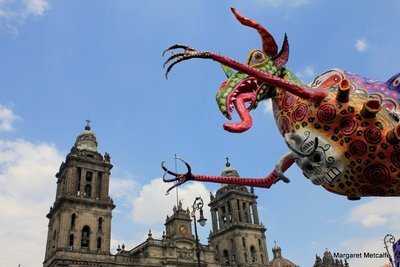 One of the creatures threatening the Cathedral 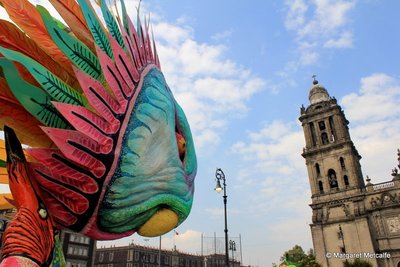 Looking the Cathedral square in the eye 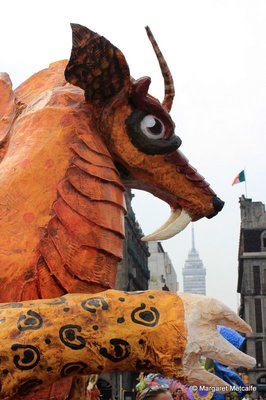 Looks like this alebrije is drinking through a straw! 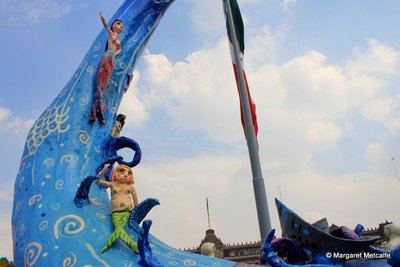 Detail of mermaids... one has been eating a bit more than the other? 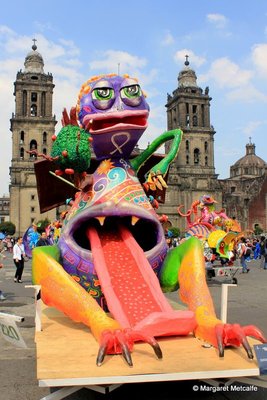 Is it a slide? 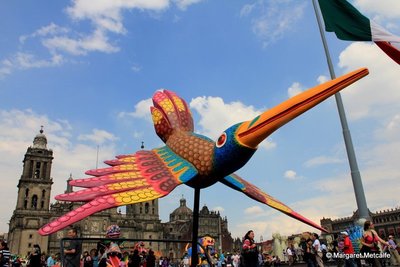 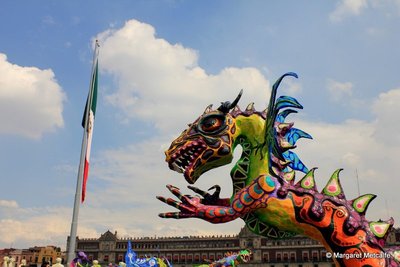 A dragon-like creature with the Palacio Nacional in the background 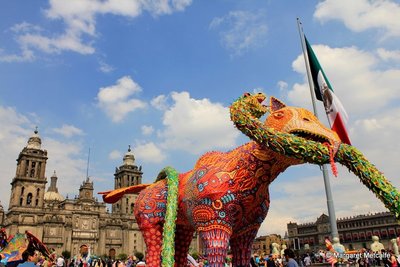 A brightly coloured feline creature with a snake in its mouth 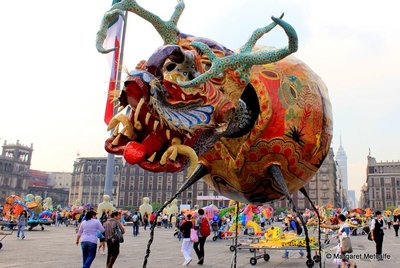 Looking down towards the Torre Latino 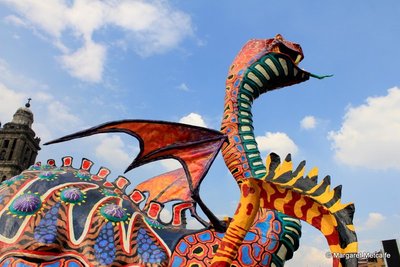 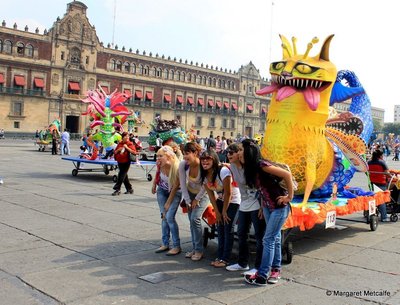 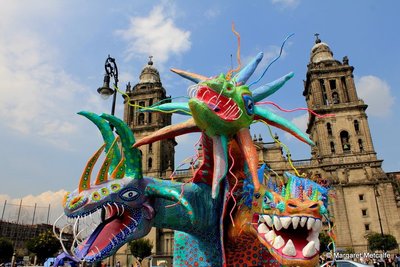