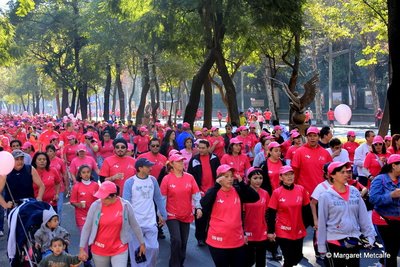 Walking for a good cause

If you happened to be near the Ángel de la Independencia on Sunday morning, you would have seen that Paseo de la Reforma had turned pink with thousands of runners and walkers taking part in the Avon Walk for Breast Cancer. Balloons, roses, medals, T-shirts, sweatshirts, caps, trainers, signs and cute doggy jumpers all matched perfectly in a whole range of shades of pink.

The 10-km race and 5-km walk both began at the Glorieta de la Diana Cazadora at 8.30 am as thousands of pink balloons were released into the crisp cool morning air. Fifteen thousand women, girls and some men (and a few dogs) completed the course to raise money for Breast Cancer Awareness in Mexico... and it was a real fiesta de color rosa. What better way to spend an early Sunday morning than raising money for a worthy cause in the company of a crowd of walking compañeros and in honour of all those we know who are or have been fighting breast cancer. 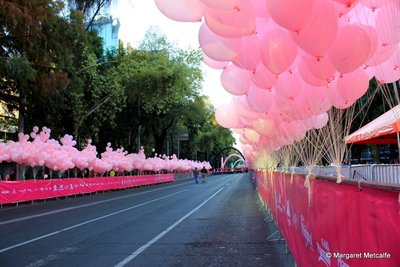 Pink balloons waiting to be released into the air 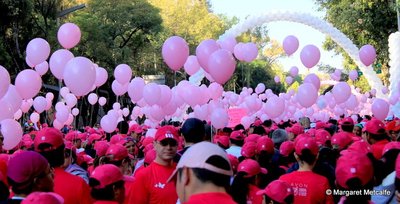 A common colour and a common cause 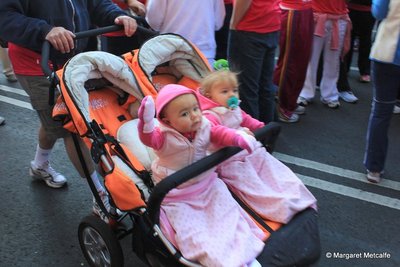 Some babies came along too, suitably dressed 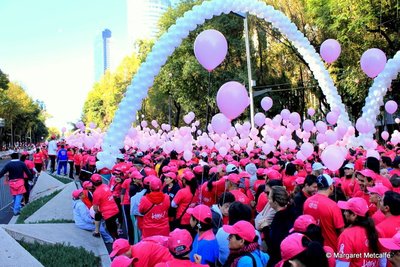 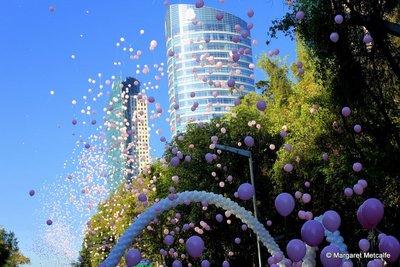 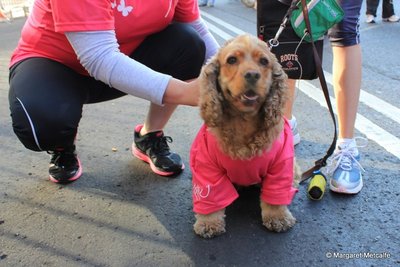 Furry, four-legged friends joined us too 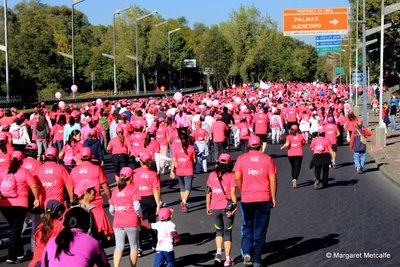 Off on our way down towards the Auditorio Nacional 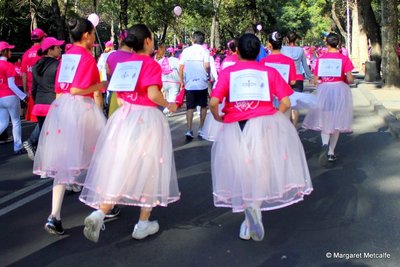 Some energetic ballarinas in front of us 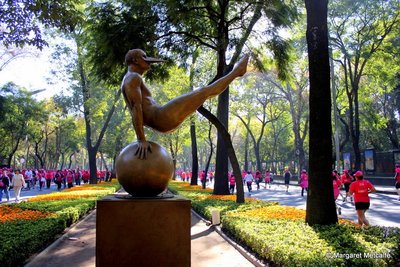 Runners and walkers on both sides of Reforma 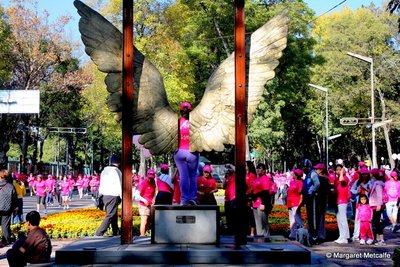 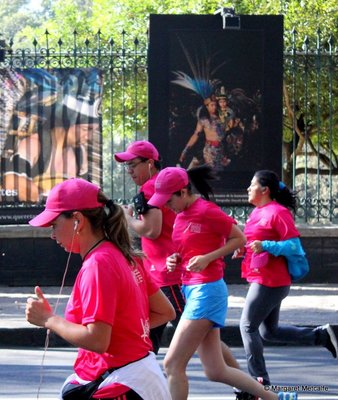 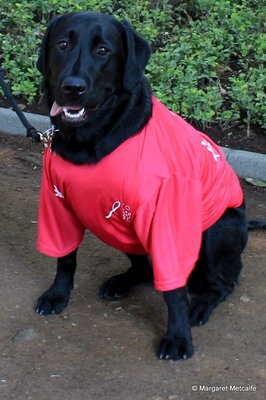 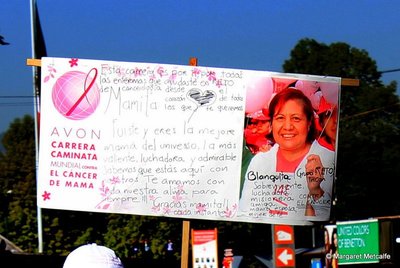 One of the signs being carried 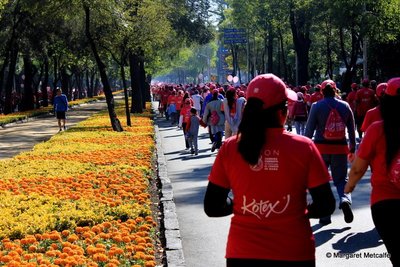 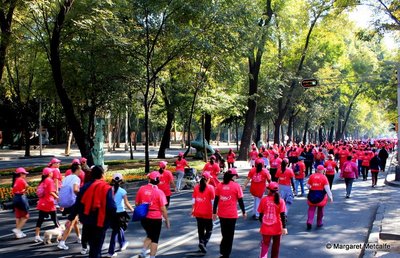 On the way back towards the Ángel de la Independencia 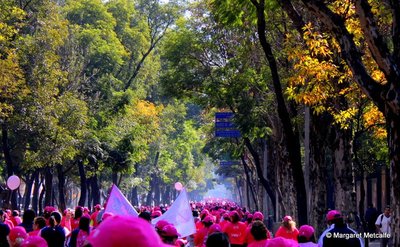 Pink below, green above 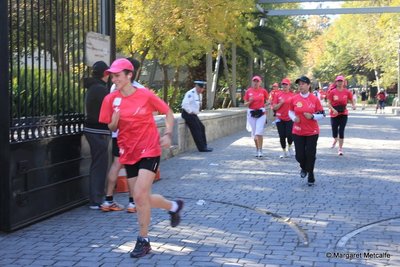 The runners coming out of Chapultepec Park, nearing the end

Crowd arriving back at the Glorieta a la Diana 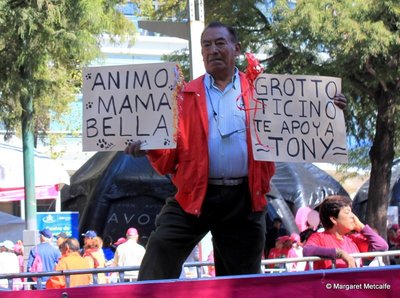 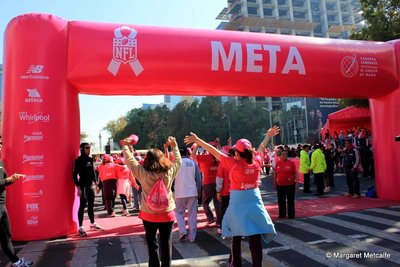 Arriving at the finish 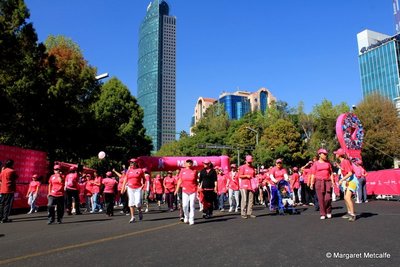 Participants with the Torre Mayor behind

Giving medals to all who took part 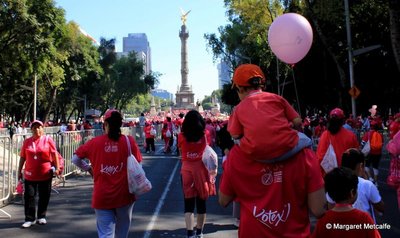 Looking down towards the Ángel 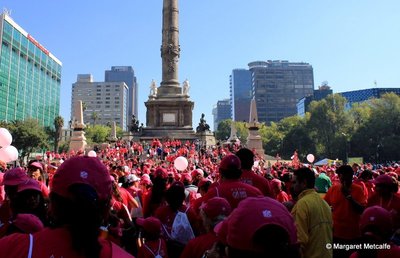 A pink crowd around the Monument 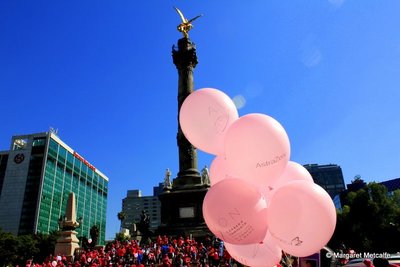 It was a beautiful day for the walk/run 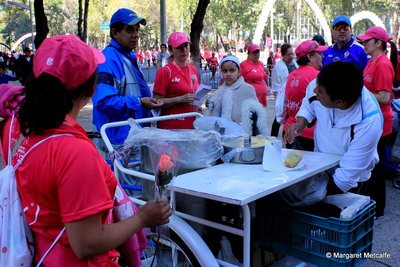 Walkers having some well-earned breakfast