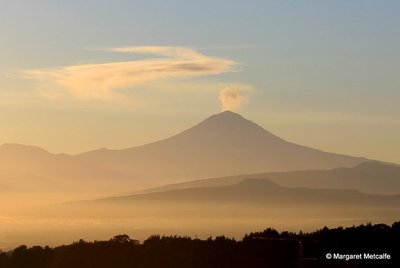 The volcano Popocatépetl letting off some steam at sunrise

Occasionally, we are treated to a special surprise, climatically speaking, in the Valle de México. Take last weekend, for example. Mexico City shrugged off its grey-coloured shroud of contaminación and the hemisphere above us became unusually clear. The night sky was a brilliant inky-black studded with the city's million twinkling lights and the planes coming in to land every few minutes at the airport sped like comets through a clean night sky, for once. Dawn didn't so much break as creep up over the dark mountains, pushing the blackness of the night upwards with its delicate pastel-shades. From my roof, I watched as the mountains ceased to be flat sleeping lumps in the background to take on their usual three-dimensional character. The moon, a mere crescent at the base of a silver globe, moved up and up until it disappeared when the sun burst over the horizon. 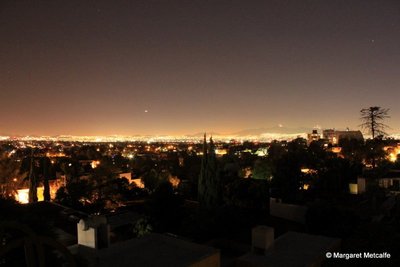 View of Mexico City at night from my roof

The endless lights of the city 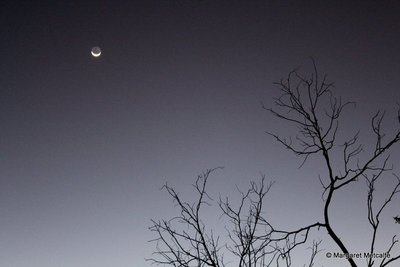 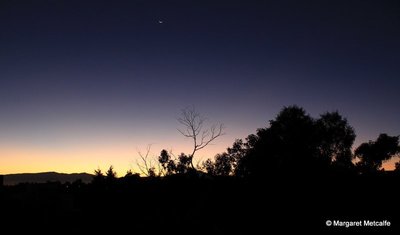 The soft shades of dawn 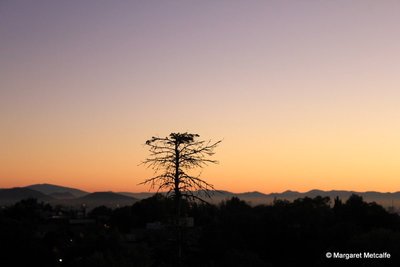 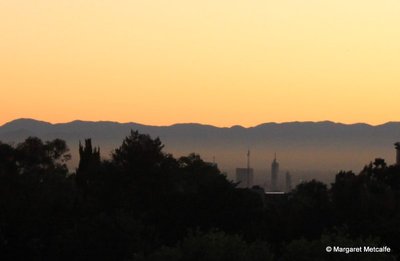 Looking down towards the Centro Histórico and the Torre Latinoamericano

On Sunday, I got up early for my usual bicycle ride and caught the volcano Popocatépetl yawning in the sunrise, sending out little wisps of white breath from its mouth. Nearby, his volcanic sweetheart, Iztaccihuatl, lay motionless as the sun peeped over her silhouette trying to wake her up and sending the night's shadows scuttling away. Down below, Mexico City was still slumbering except for a few early risers braving the chilly air.

The two volcanoes, Iztaccihuatl on the left and Popocatépetl on the right 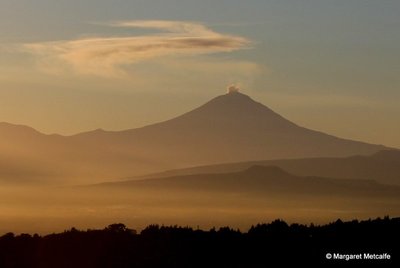 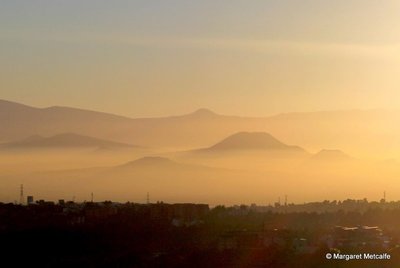 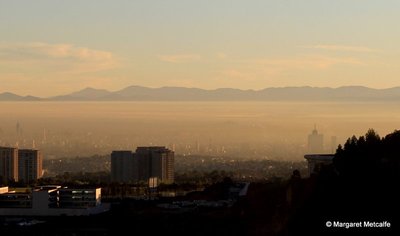 Looking towards the Centro Histórico in Mexico City at dawn 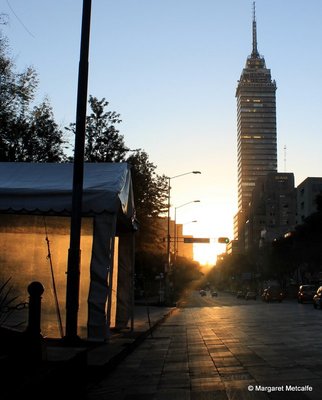 The Torre Latinoamericano in the Centro Histórico at dawn 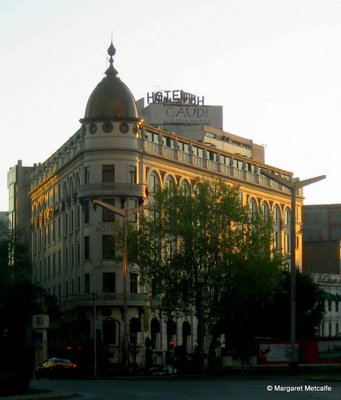 The sun's rays on the Hotel Imperial 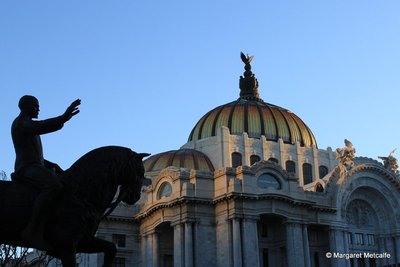 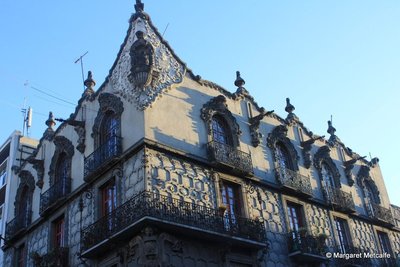 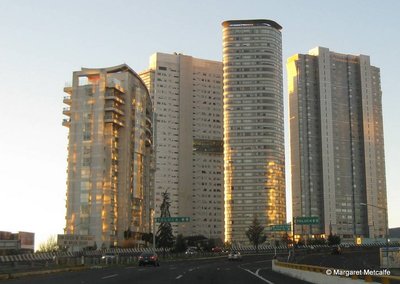 And then as the sun rose up and up, the hemisphere above us turned a solid blue, without a single white cloud to dilute it. It was so intense, so saturated, so blue that everything in the city seemed to be clean and bright and new. The trees and grass were doubly green, the coloured buildings turned vibrant orange and yellow, and modern skyscrapers became clean shiny mirrors reflecting back the blue. 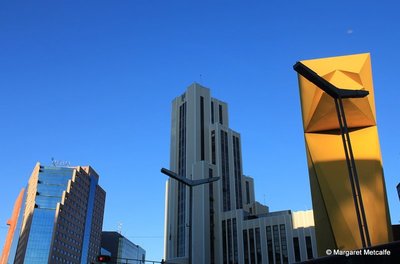 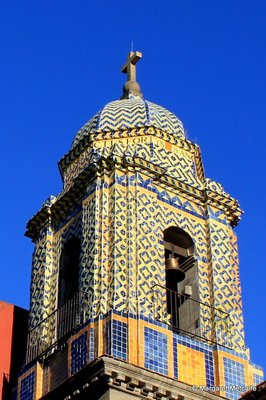 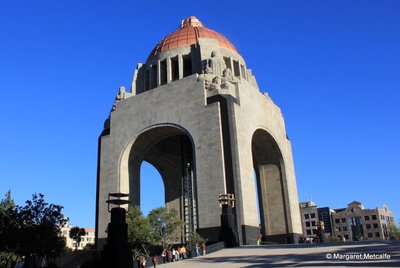 A real treat for eveyone, and especially for my camera. Let's hope that after this performance, we get an encore really soon.