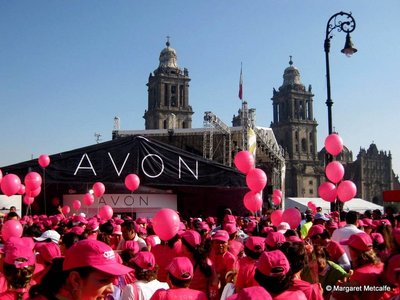 While in other parts of the world October brings vivid orangey-yellowy-red autumn colours, in Mexico City it is associated with pink. Nothing to do with the leaves on the trees. October is the month when monuments and other buildings turn a rosy-pinkish hue at night. October is Breast Cancer Awareness month when we remember that in Mexico, every two hours, someone's mother, wife, sister, daughter, grandmother, aunt or friend dies of breast cancer. Many of these women are poor and by the time they are diagnosed, it's too late. They can't afford the treatment either. 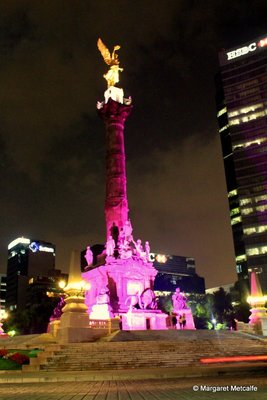 With a view to raising funds and awareness, on Sunday 30th October, Mexico City's Paseo de la Reforma will be flooded with pink as thousands of women (and men this year) participate in Avon's 10-km Run or 5-km Walk for Breast Cancer to raise money for this cause and bring hope. Some participants are survivors, others are battling with this type of cancer. The rest of us haven't felt the icy grip of fear or dread while awaiting results or the debilitating nauseous infiltrations of chemotherapy but we all know someone who is battling. 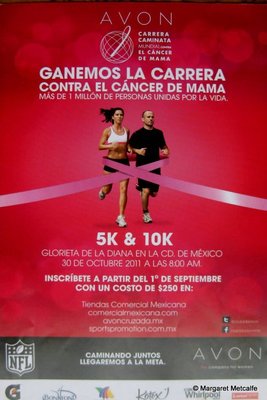 Last October, I took part in the Avon Breast Cancer Walk held in Mexico City, along with a group of friends from our church. The bus, bulging with pink caps, pink T-shirts and heaps of latent energy, dropped us off as near to the Zócalo as possible that early Sunday morning. The enormous square blushed in the soft light with hundreds of pink balloons reaching for the sky and tables set out with thousands of shiny medals on fuscia ribbons, pink roses and bags with goodies in. The Zócalo was already filling up with a mass of pink-clad ladies and their accompanying families and friends. And dogs. Next to me was a beautiful husky dog with a pink handkerchief knotted around her neck and a tiny chihuahua wearing a minute rose-coloured jumper. 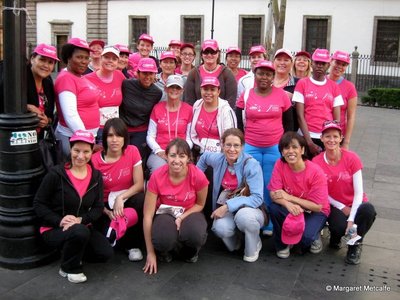 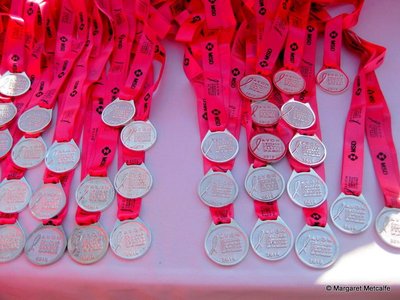 Medals lined up on the tables 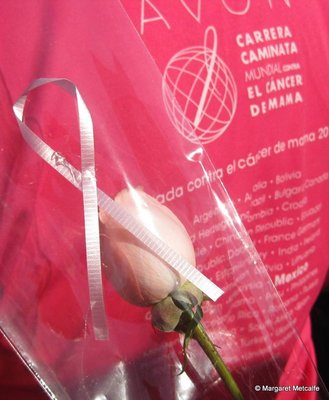 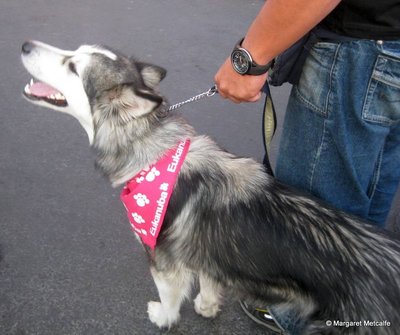 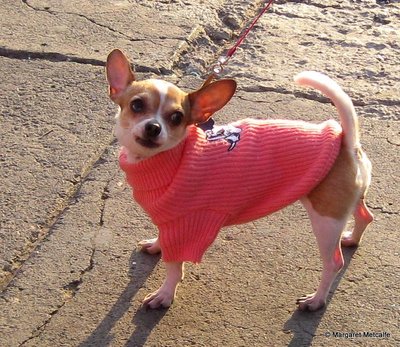 One of the smallest participants

As we made our way to the start, loud music and a bubbly lady DJ kept us entertained, waking up anyone who was still asleep within a 5 km radius. Then as the ribbon was cut, a mass of perky pink balloons went airborne colouring the sky and thousands of trainers kicked off. It was an amazing sight to see a fast-flowing river of pink caps and T-shirts let loose like a flood through the streets of the Centro Históric. As we walked the route, lined by family and friends holding posters, we all felt immensely grateful for our good health and thought of all our friends and the ladies we know who have had to walk through the dark valley of breast cancer. Some have won the battle, others lost it and some are in the middle of it. 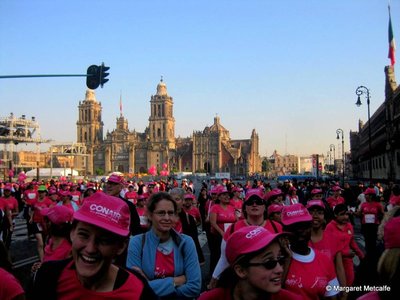 Leaving the Zócalo with the Cathedral in the background 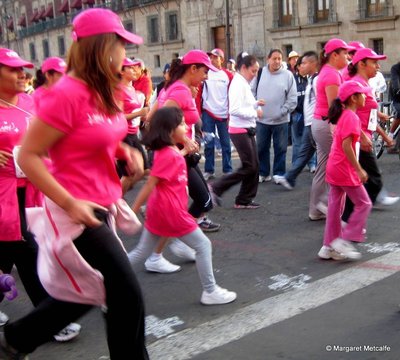 Off to a good start 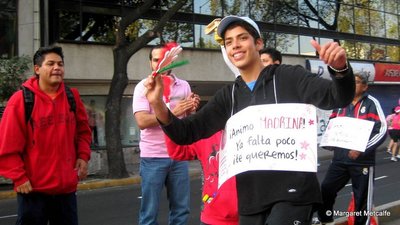 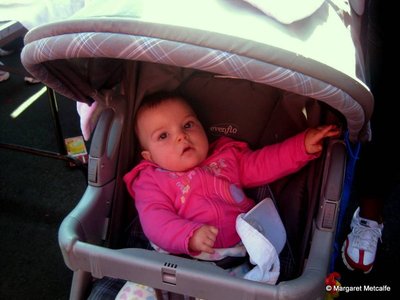 One of the youngest participants 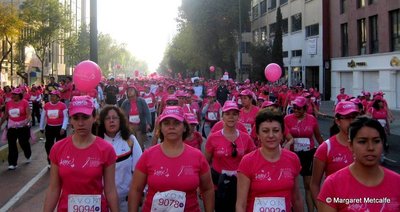 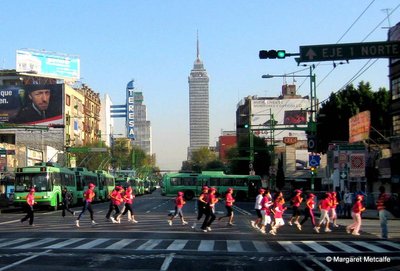 Runners on their way to the finishing line 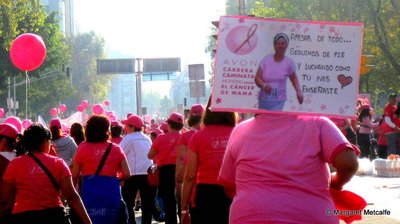 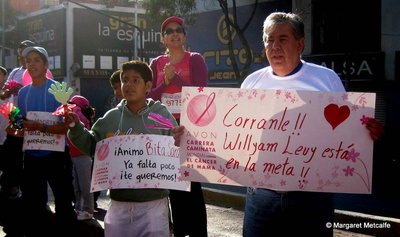 The men watched and cheered last year; this year they can take part. 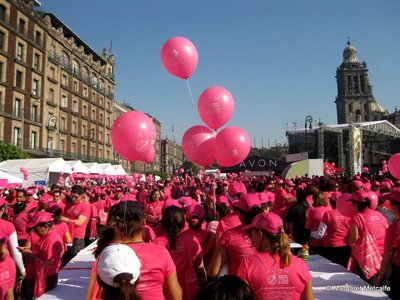 Arriving back at the Zócalo

Last year Avon raised 9.5 million pesos which has saved the lives of many women. So for the Elenas, Rosers, Frans and others like them, we'll be participating again this year.

Posted by margaretm 06:06 Archived in Mexico