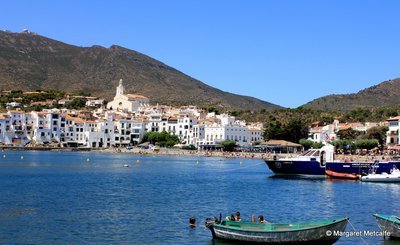 View of Cadaqués from the other side of the bay

If Cadaqués were in Mexico, it would be designated a Pueblo Mágico, a Magical Town. A Pueblo Mágico is one which offers visitors a "magical" experience because of its natural beauty, cultural heritage or historical importance. Cadaqués isn't in Mexico but, all the same, it has a magical Mediterranean feel to it. Its dazzling white houses and church sit bunched up on the rugged rocks in a small sheltered bay, dipping their toes in the Mediterranean Sea, along the Northern Costa Brava coast. It's not the sort of place you stumble on. It's almost literally at the end of the road, a place you choose to go to, since there's nothing on the way once you pass Roses and there's only a sparse collection of houses a few kilometers beyond it called Port Lligat. The road then peters out at the end of the wild windswept Cap de Creus headland at Spain's most easterly point, lit by a lonely lighthouse.

But Cadaqués is well worth the effort taken to get there. Its narrow, rocky streets pinched between whitewashed walls twist and turn playfully. The church of Santa Maria, hovering over the village, has been portrayed in uncountable paintings yet remains modest and unpretentious. The blue of the sea echoes the immensity of the hemisphere above. And its exquisite light and cultural ambiente have seduced a long list of famous painters, writers and intellectuals. Salvador Dalí, Pablo Picasso, Joan Miró, Marc Chagall, Federico García Lorca, Josep Pla... all have succumbed to its magic. It's not hard to see why.

The church of Santa Maria towers over the village 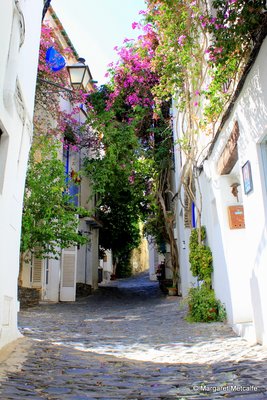 The streets are built on the rocks 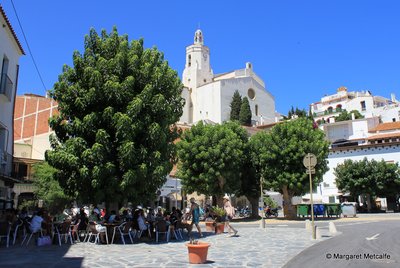 Looking up at the church 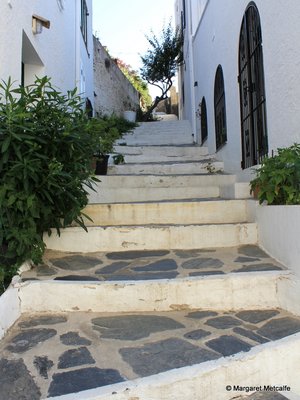 Rocky steps up the street

View across the bay 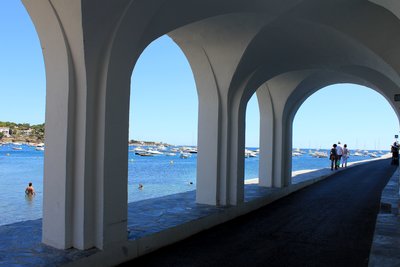 Arches cover the road as it hugs the coast 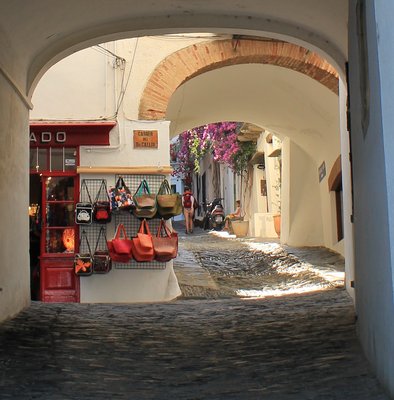 Small shops inside the village 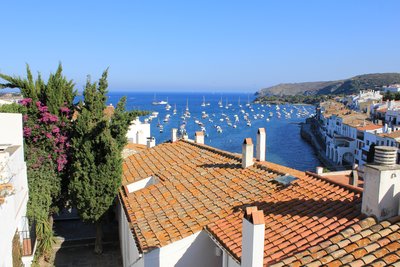 Looking down from the church over the bay 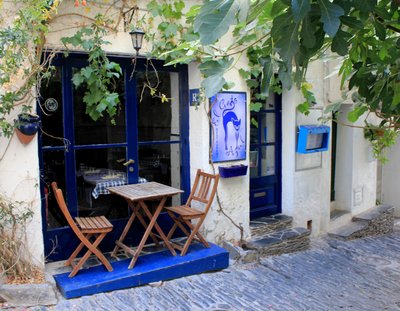 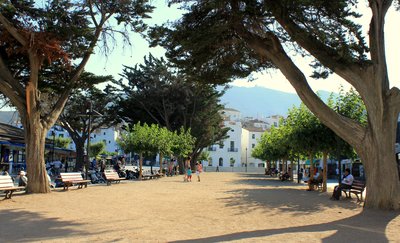 The tree-lined Rambla is down by the sea 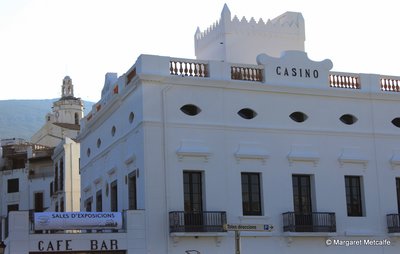 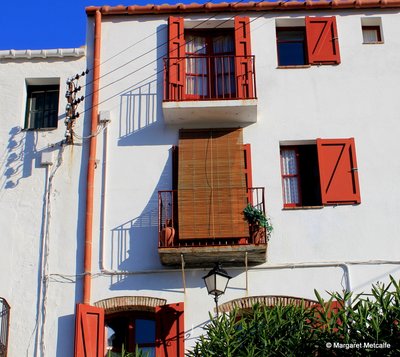 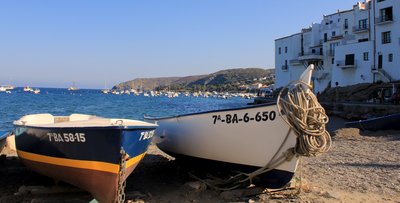 Boats on the stony beach 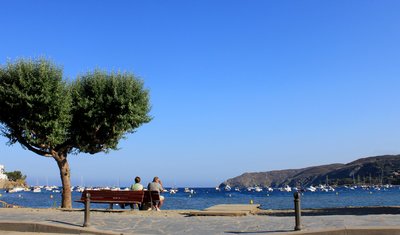 A couple sitting on the seafront contemplating the view 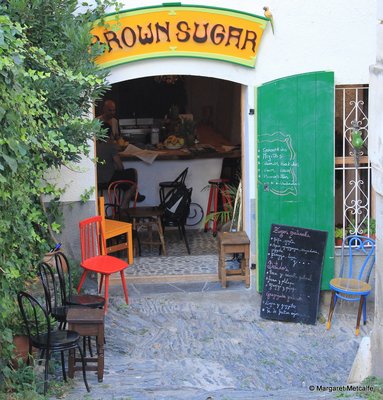 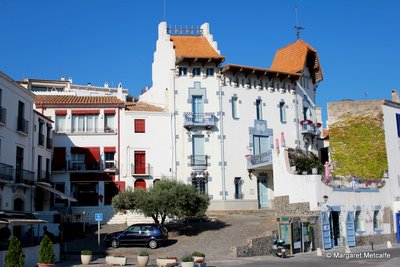 Casa Serinyana, or the Blue House, built in 1910 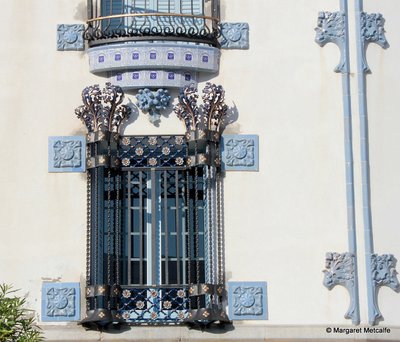 Detail of one of the windows 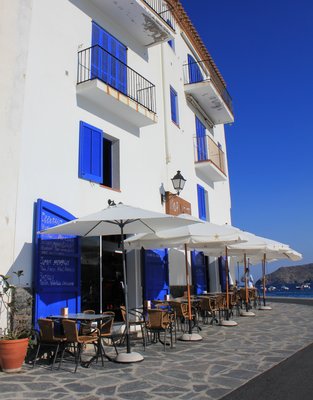 Blue and white, the colours of Cadaqués 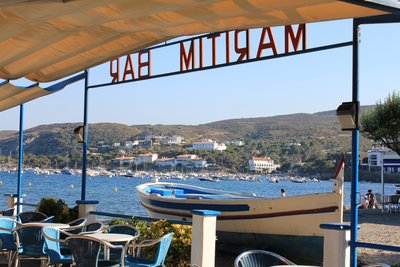 You can have something to eat or drink in El Bar Marítim, right on the main beach 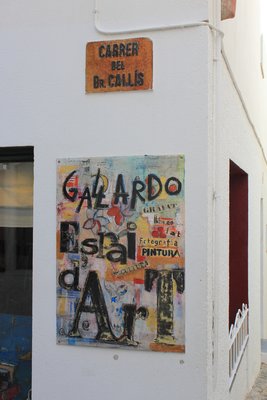 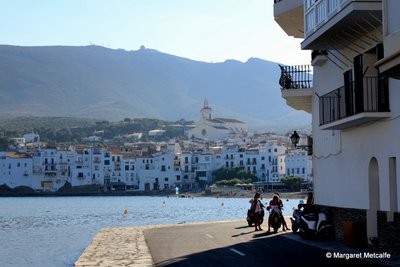 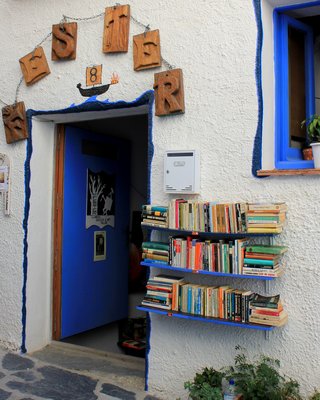 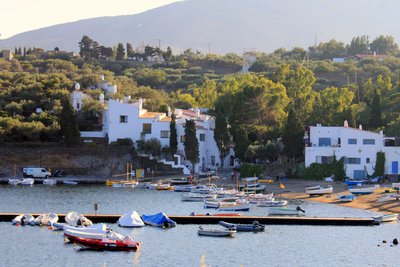 The small hamlet of Port Lligat and its bay, a few kilometers from Cadaqués 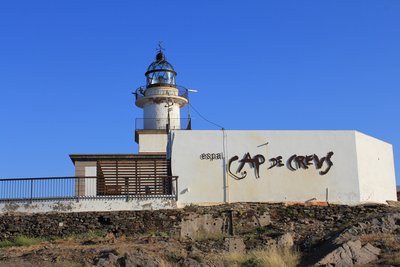 The lighthouse at Cap de Creus

Posted by margaretm 04:51 Archived in Spain