Visitors to Mexico City are often surprised at the sight of a pair of policemen on horseback doing the rounds in the Alameda Park, next to the Palacio de Bellas Artes, in the city centre. With their wide-brimmed charro-style hats and black embroidered uniforms, one thing is unmistakable: you're in Mexico. And the Mounted Police must be Mexico's best-loved police force.

Horses and horsemanship are a deeply-rooted tradition in Mexico and Mexican charros, or cowboys, are world renowned for their riding and roping skills. The Mounted Police don't exactly have to show off their riding competence as they walk their horses through the park and past the stalls and I've never seen one galloping in fast pursuit of a thief either. But anyone who has dealt with horses will realise they are obviously great horsemen too. When not taking part in crowd-control situations or exhibitions, their job is to reinforce safety and security in the parks and provide assistance to anyone who may require it. Drunks, druggies and thieves, beware!

Their immaculately-groomed Azteca horses don't even flinch or blink at the noisy bustle surrounding them or at the touch of a young child running his hands along their haunches. Horses and riders can be seen patrolling in this central park all day long and the mounted policemen are happy to stop for a chat and have their photos taken, which tourists appreciate. I've spoken several times to the policeman in the photo below with his white mare and he's entertained me with a wealth of information. I've learnt that the policemen do 24-hour shifts. During the day, they ride on the horses but the rest of the time, they swap their distinctive charro uniforms for normal police outfits. Like many Mexicans, football is a topic which often surfaces in conversations and his case is no exception. Barça and Chicharito, Mexico's rising football star playing with Manchester United, happen to be some of his favourite subjects. 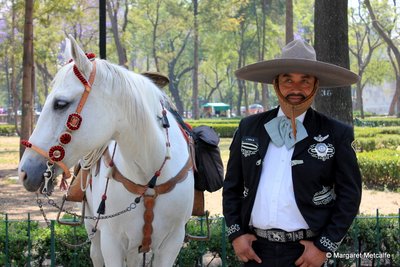 Policemen with his horse 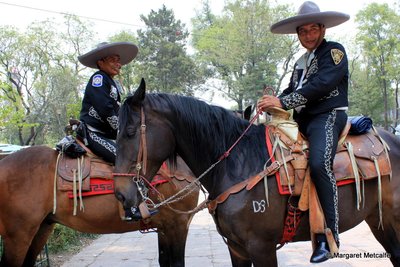 The Mounted Police patrol in twos or threes 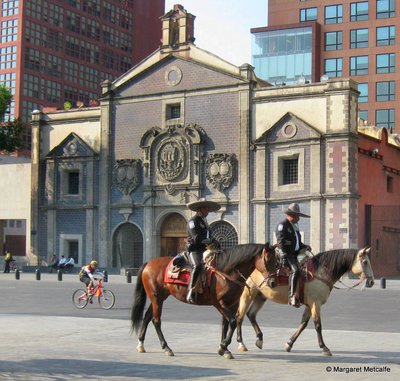 In front of Plaza Juarez

Making up the unit are about 30 horses and 40 agents who not only have to be good riders, but also trained policemen with knowledge of history, tourism and other languages. The Policia Típica Montada, as they are officially known, is based on the Policia Rural force, which was founded by President Benito Juárez in 1861 to take care of the city's parks, gardens and paths. 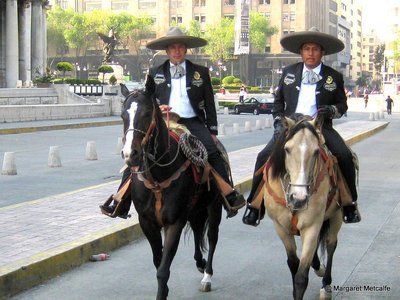 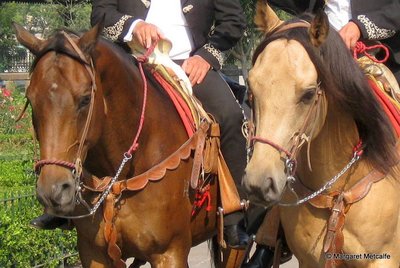 The Azteca breed of horse (Andalusian crossed with Quarter Horse and Criollo) is ideally suited to this job and is an extremely quick learner. 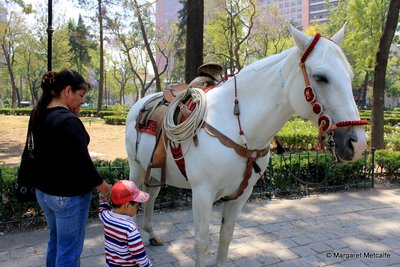 Nothing ruffles the horse

The uniform is modelled on the style of charros, Mexican cowboys, with wide-brimmed hats, dark suits and boots, complete with spurs. Typical charro saddles and stirrups are used, but I'm not sure what they use the ropes for... 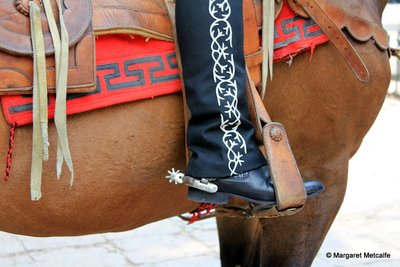 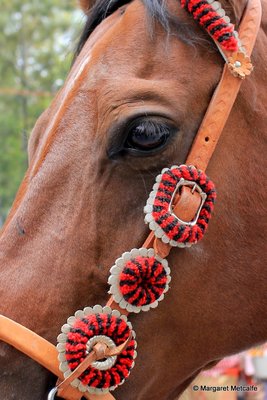 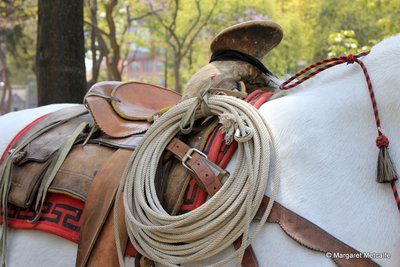 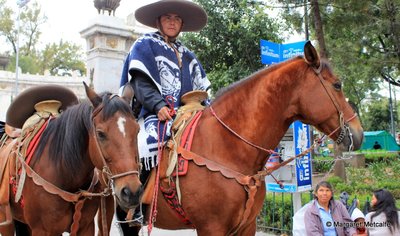 Wearing a poncho in the colder weather

The Policia Típica Montada can also be seen in Chapultepec Park, doing the rounds and reinforcing the security there. Ozzy, our dog, is convinced they are large "dogs" and, with embarrassingly loud outburst of barking, lets them have a piece of his mind, but they just walk past as if they haven't heard him. 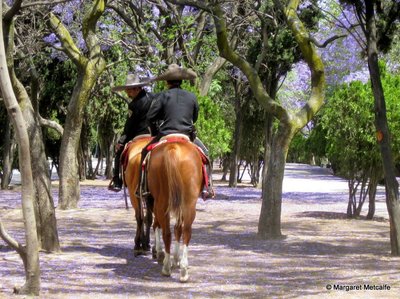 Riding among the jacaranda trees in Chapultepec Park 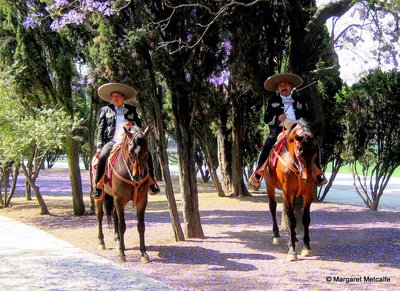 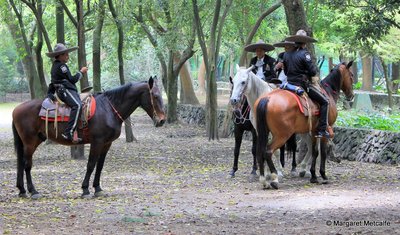 Like all Mexican policemen, they spend a lot of time consulting their cell phones!