The silvery-blue agave fields in the Mexican state of Jalisco produce a drink that's as fiery and intense as the midday sun and volcanic rock there. Tequila is perhaps Mexico's best known drink... What I didn't know until a few days ago was that Tequila belongs to a much wider family, the Mezcal family. The raw material for all mezcales is the spiky agave or maguey plant, whose heart is cut out, steamed (Tequila) or baked in underground ovens heated by wood charcoal (mezcal), shredded and the juices left to ferment in vats or tanks for anything from a few months up to years. 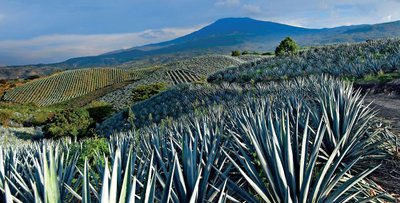 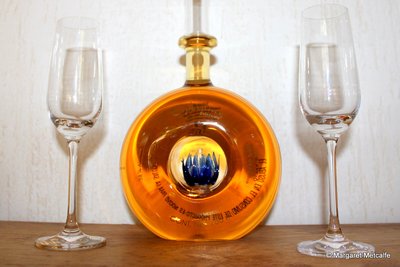 Bottle of tequila with the blue agave in the centre

Tequila is produced in Jalisco, in the area around its namesake town, using only blue agave and undergoes two distillation processes. You could say it is the more sophisticated, refined, well-known cousin of the rest of the Mezcal family, at least world-wide. Its lesser-known cousins, other mezcales, are produced all over Mexico, wherever the agave plant is found and have more smoky undertones. They can be made from a blend of one of the 100 or more types of cactus-like succulents and their claim to fame is the gusano or worm that is sometimes put in the bottom of the bottle, giving them a certain degree of notoriety. Actually, the worm isn't a worm, it's the larva of a moth that infests the plants and despite widely differing legends, is probably no more than a marketing gimmick. 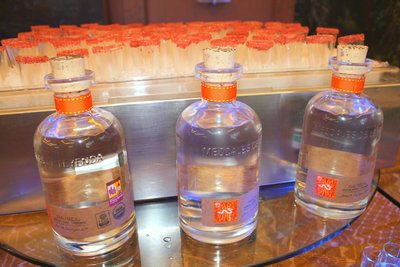 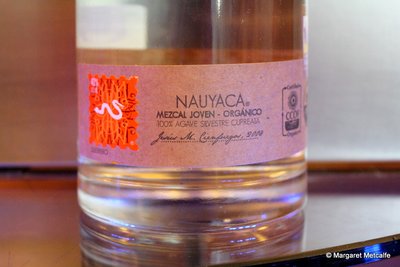 Although the Aztecs were already making a type of milky-white liquor from agave sap for sacred purposes 2000 years ago, it was the Spanish who brought their knowledge of distillation to Mexico and started producing mezcal. When their supplies of aguardiente dried up, they looked for a local substitute. Seeing that the Indians made a type of drink called pulque from agave plants, they cottoned on to the idea and the mezcal industry began to expand rapidly. So did public drunkenness after the Conquest.

I have to confess that I am not partial at all to Tequila or any other spirits for that matter. Give me a cool, lime-kissed Corona beer or a glass of full-bodied Spanish wine and I'm more than happy. Living on this side of the world, I have even begun to discover Argentinian and Mexican wines. But liquors continue to fall into the "medicinal" category for me, with their adverse effects clearly predominating over their so-called curative, digestive properties. So what was I doing the other evening at a Mezcal Tasting Event? Taking photos for the Charity Coalition which organised this fund-raising event. All the proceeds went to helping charities here. 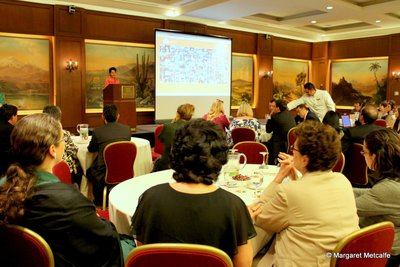 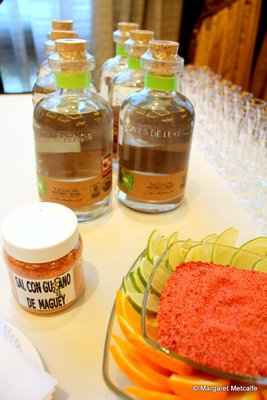 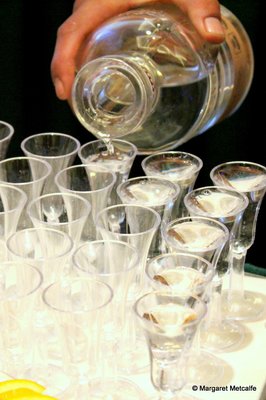 Pouring out the mezcal

Luckily for me, the organisers decided that too many tipples with a high alcoholic content might not be the safest way to send guests home so they also invited four chefs to join us and provide some botanas, or appetizers. Each chef was given one of the varieties of Mezcales de Leyenda originating from Oaxaca or Guerrero or Guanajuato, and were challenged to do a spot of matchmaking, to find a suitable culinary partner to complement this strong liquor. Orange and lime slices and sal de gusano de maguey (worm salt) also accompanied the tasting. This was my first taste of this speciality, a powdery mixture of toasted larva, chillies and salt, all ground up together, which is either used to rim the small glass or ingested just before drinking the mezcal. 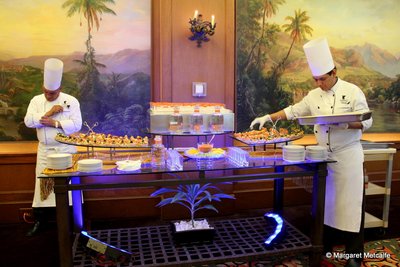 Chef from the Marriott Hotel 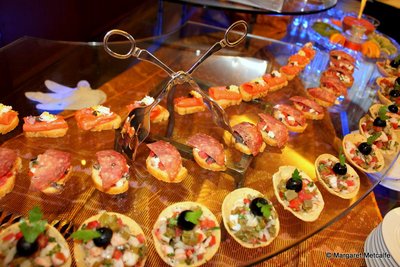 Canapés by the Marriott, with an accent on smoked salmon and cured meats 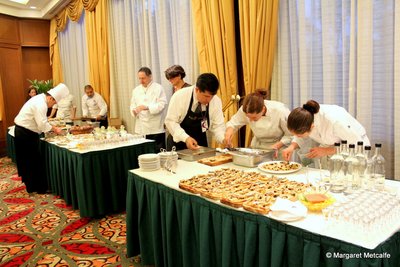 The chefs at work preparing their appetizers 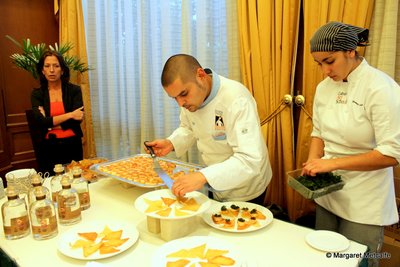 Chef from the D.O. Restaurant 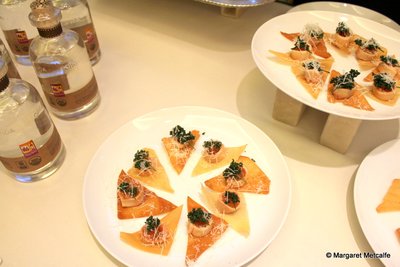 A touch of quince rolled up in cheese 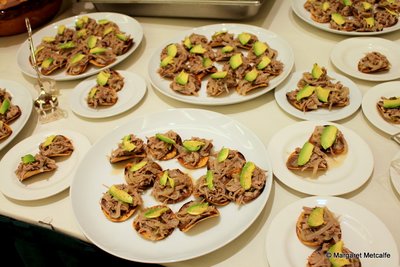 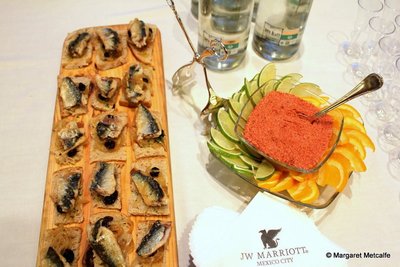 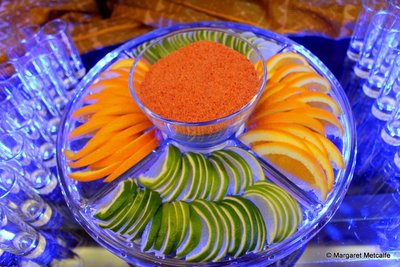 I took the photos and managed to try a mouthful of two of the mezcales, along with the rigorous use of sal de gusano and lime slices. The expert told us to fabricate some saliva and store it at the front of our mouths, take a sip of mezcal and "chew" the two together a bit before passing the mixture on to the tongue. This would stop the taste buds from recoiling in shock but I have to admit mine balked and were sent reeling by the ensuing tsunami of liquor and saliva. Never mind, the botanas were exquisite and I learnt a few things too!