I realised the other day that I haven't seen him for a while. I hope nothing's wrong. His name is Noé and he's rather small for his 11 years of age. I often see him sitting on the step outside the shop where I buy my bread. Balanced on his knees is a small cardboard box with a few mazapan snacks in it which he sells for 5 pesos each. When we buy him something to eat or drink, he looks up shyly, smiles and says, "Gracias!". Then he carefully puts the carton of chocolate-flavoured milk or food in his rucksack behind him. He doesn't take it for himself. It's for his family.

One day I asked if he lived nearby, knowing full well he couldn't possibly be from this area. "No", he replied. "I come here on the Metro after school with my brother. He drops me off here." I wondered about his parents. "Mi mamá works somewhere else. She takes my little sisters with her." "What about your Dad?" He doesn't have a father, only a mother. So that's Noe's life. After school, some days he comes to this place and sits for hours trying to make a few pesos to help his mother pagar los gastos. 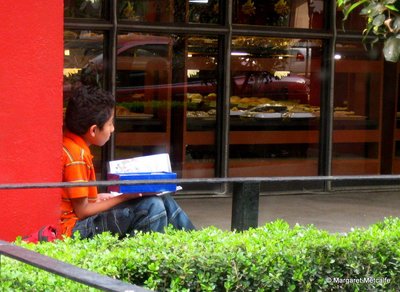 Sitting on his step

I hate to think of him spending all afternoon there. He's an eleven-year-old boy. He should be playing football with his friends or doing his homework at home. We started taking comics and other reading material to him. The first time he saw the comic, his eyes grew wide in excitement. "Gracias, gracias!". As we walked away, I saw him deeply engrossed in the pictures and stories. I hoped he wouldn't forget about selling the marzipan sweets.

Like Noé, there are thousands of children in Mexico who work. Not being exploited by evil bosses but just having to help their families out because the poor have no safety nets. They need the extra pesos just to get by, to eat, to survive. Many other youngsters are abused, mistreated, abandoned, living on the streets, and working. So all around Mexico City you can see children cleaning car windows, dressed up as clowns or selling things at the traffic lights, begging, playing the accordion or singing. Missing out on their education, sitting or standing for hours, breathing in toxic fumes, dodging cars, buses and trucks, carrying babies on their back, exposed to all sorts of dangerous situations. Others are hidden. This is the sad face of poverty and vulnerability and more needs to be done so these children can just be children. 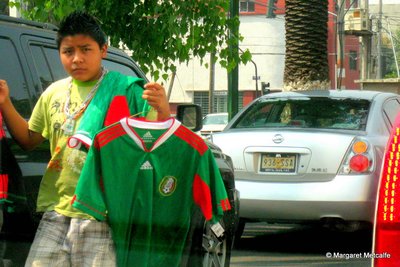 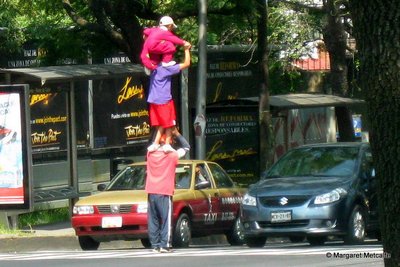 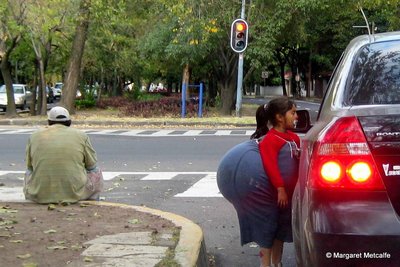 Small girl dressed up as a clown asking for pesos 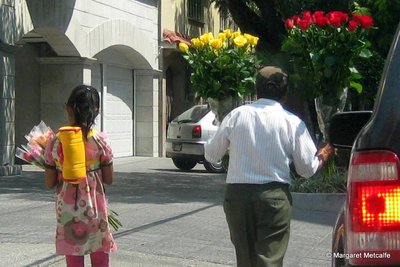 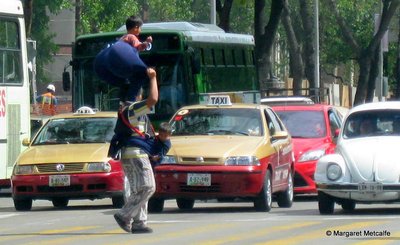 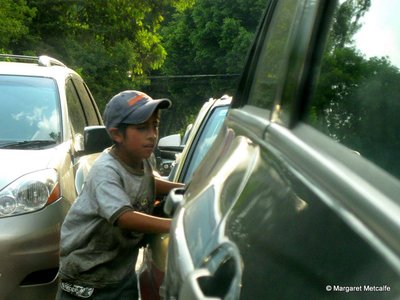 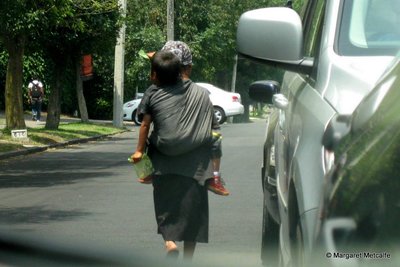 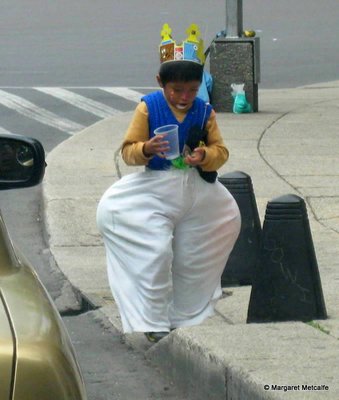 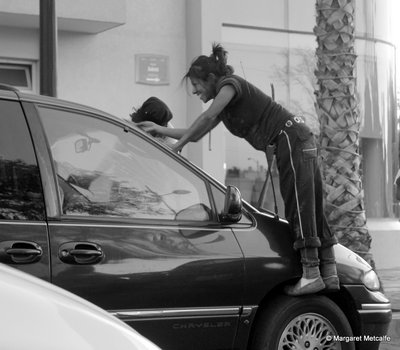 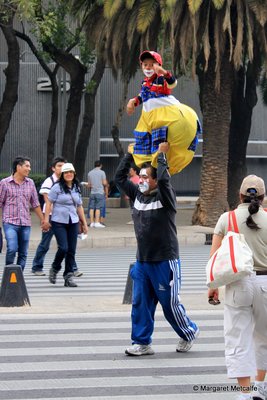 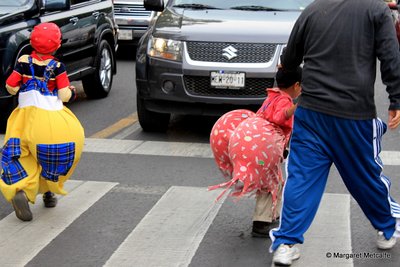 Collecting money from the motorists 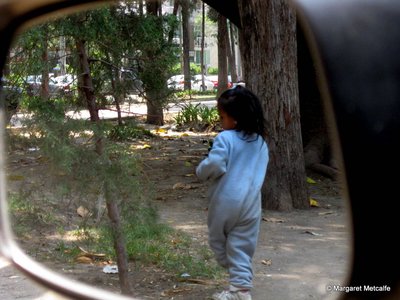 A young girl wanders around in pyjamas while her mother begs 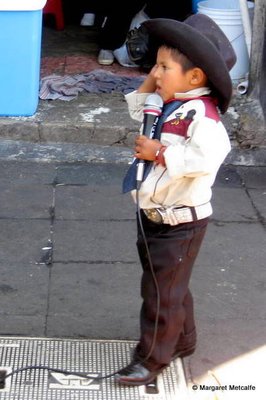 Young boy singing in the street 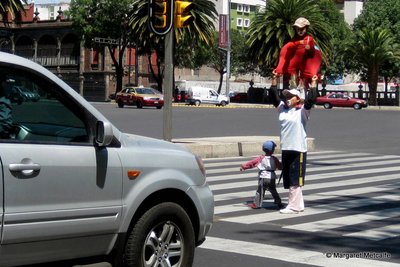 A balancing act in more than one sense