One of the fun things about living in another country is learning about their traditions and seeing how they differ from yours. Christmas, celebrated in so many parts of the world, at different latitudes, under varying climates and cultures, can be full of surprises and substitute customs. For example, holly or mistletoe are not well known in this part of the world so have been replaced by something else a little more Mexican... the nochebuena or poinsettia, the plant responsible for turning the cities and towns red at this time of year. 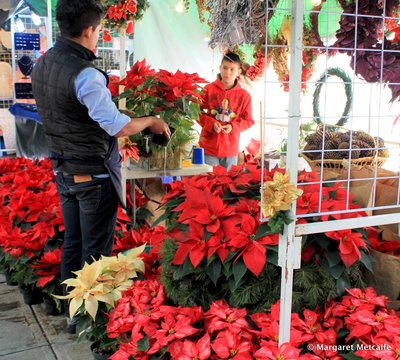 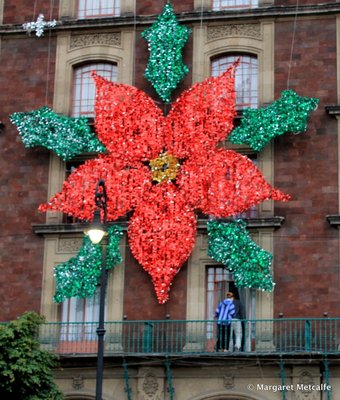 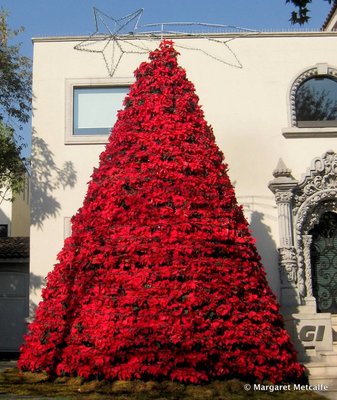 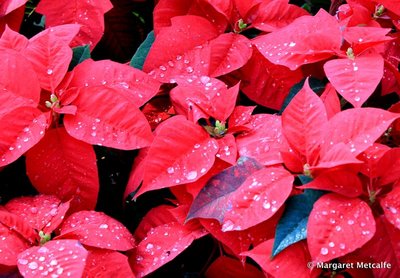 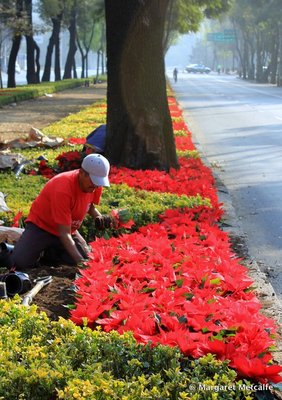 Nor are Mexicans very familiar with the idea of the Twelve Days of Christmas, pipers piping, maids a-milking, or partridges in pear trees. They do, however, celebrate the nine days up to Christmas Eve, from 16th to 24th December with nine Posadas. Literally, una posada is an "inn" so essentially what they do is re-enact the pilgrimage of Mary and Joseph to Bethlehem and their search for lodging.

This is how it works. Mexican families host a Posada in their house, inviting friends, family and neighbours to come along. The hosts act as the innkeepers and the guests are the pilgrims. When they arrive, lighted candles are held by both groups and they take turns singing verses of a rather lengthy song to each other through the gate or door. These are some of the words:

The pilgrims outside start by singing:

In the name of heaven
I ask you for shelter,
for my beloved wife
can go no farther.

This is not an inn
Get on with you,
I can not open the door,
you might be a rogue.

Do not be inhuman,
Show some charity,
God in heaven
will reward you.

To which the innkeepers sing:

You may go now
and don't bother us anymore
because if I get angry
I will beat you.

Then those outside say who they are in the following verses:

We are worn out
all the way from Nazareth,
I am a carpenter
named Joseph.

My wife is Mary.
she is the Queen of Heaven,
she will be mother
to the Divine Word.

To which the innkeepers sing:

Is that you Joseph?
Your wife is Mary?
Enter pilgrims
I didn't recognize you.

At this point, both those inside and outside sing some final lines and the hosts open the door and welcome the pilgrims inside their home. Then the party begins with food and drink, music and socializing and everyone has fun. A piñata filled with sweets and goodies is strung up and the children take turn to hit it, hoping to be the one to burst it open and send the candy tumbling down on the floor. As each child (or person) takes their turn hitting the piñata, the onlookers sing:

Which roughly translated into English is:

Christmas wouldn't be complete without another tradition which is very popular in Mexico.... the Pastorela, a kind of nativity play which recreates the account of the shepherds going to see the Christ Child at Bethlehem. In a particular Mexican twist to the story, the shepherds have to confront the Devil who does everything possible to try to prevent them from their mission. The Archangel Michael appears to defend the shepherds and protect them on their journey.

The other day I had the opportunity to experience both of these traditions, when I was invited to the Posada at Casa Daya, a safe home for teenage girls and young mums and their children, where I do voluntary work. The combination of posada - pastorela turned out to be a great way to experience two of Mexico's best-loved traditions at the same time. 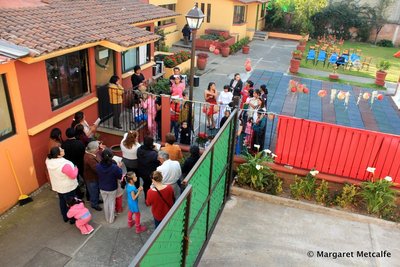 Innkeepers and pilgrims sing on either side of the gate. 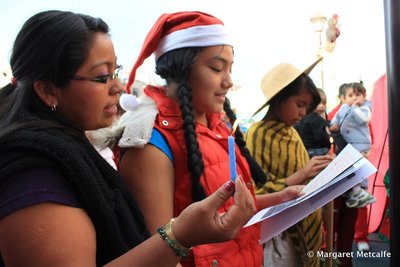 Lighted candles are held as they sing 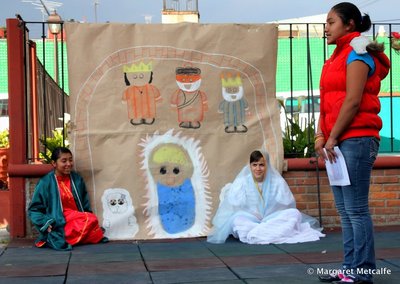 The girls acting in the "pastorela" 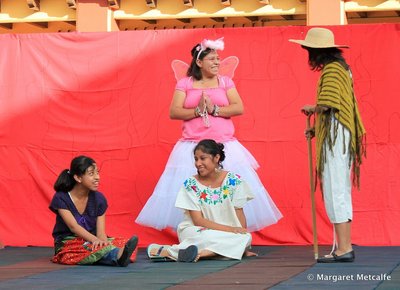 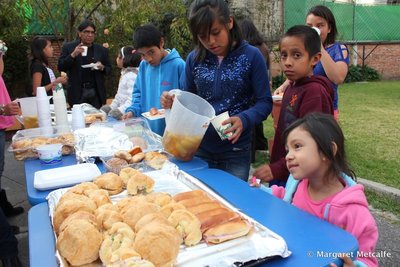 Time for something to eat and drink 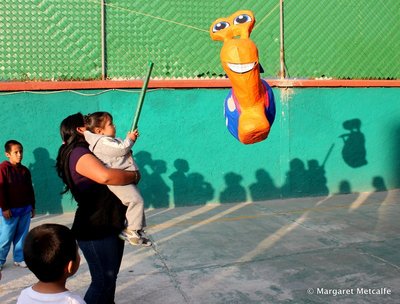 A small child hits the piñata with a stick 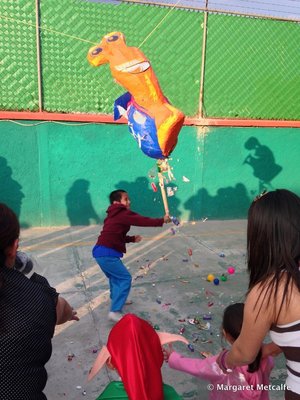 The piñata breaks and the sweets fall out 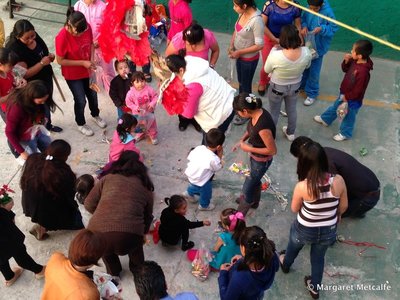 A scramble to get some of the goodies

So no holly, mistletoe or partridges in a pear tree but plenty of fun. And we all got miniature poinsettia plants or nochebuenas as a token of their appreciation.

Posted by margaretm 05:25 Archived in Mexico