A bright start to December 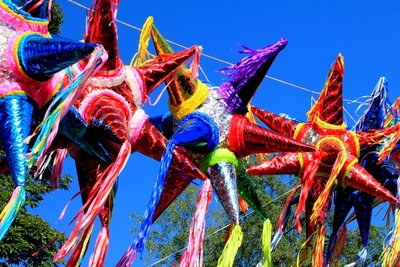 It was actually during the last few days in November that I began to notice them. Springing up all over the city, strung along the streets, on buildings, in the parks and markets, colourful piñatas have begun to appear and transform the urban landscape into a giant party scene. Most of them are star-shaped, shimmering reds, golds, greens and purples, their tassels catching the breeze. Suddenly it looks like some kind of cosmic shower of stars has rained down on the city. It occurs without fail every year, round about the beginning of December. Yes, Christmas must be getting close! 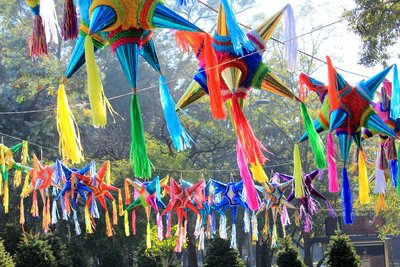 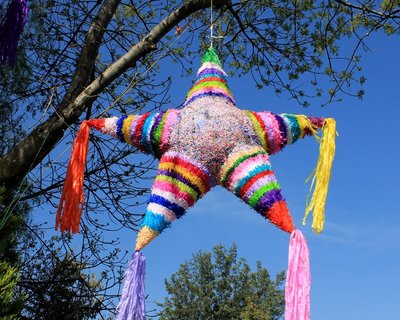 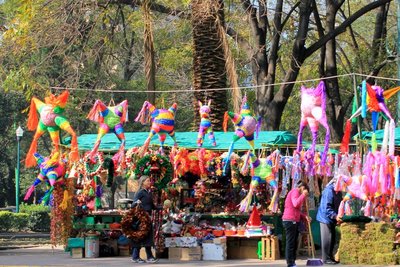 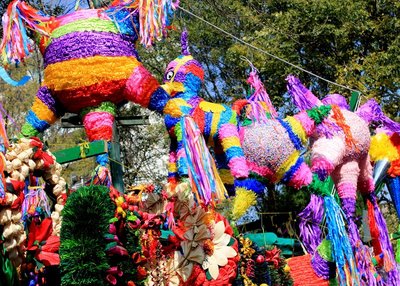 Whether piñatas originally arrived from China via Spain and then on to Mexico or whether they were an ancient Mayan and Aztec rite, today they are as Mexican as tortillas, guacamole or tamales. Traditionally a clay plot was filled with sweets or fruit and then decorated using crêpe paper and cardboard and colors. Nowadays. most piñatas are made totally of cardboard and paper-mâché, For safety reasons. Nobody wants their child's head cut open by jagged pieces of pottery. 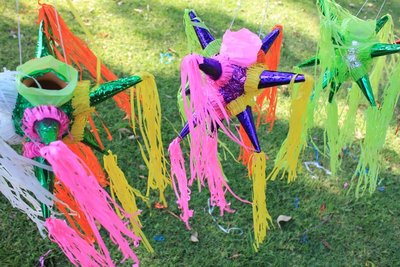 The piñata is strung up high, and children take turns at hitting it with a stick, their eyes blindfolded. Eventually, after much hitting and even more laughter, the pinyata breaks and spills its contents out onto the kids underneath it. Needless to say, there is usually something akin to a rugby scrum as one and all pounce on the candied treasure. 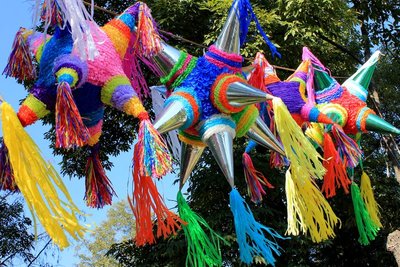 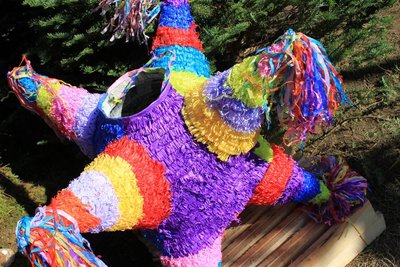 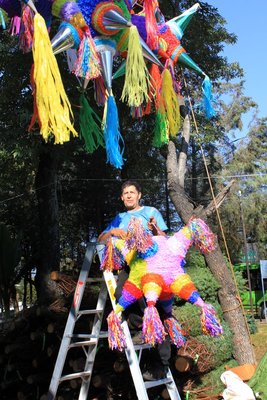 In past centuries, the Catholic church in Mexico gave the European/Aztec tradition a new meaning. The points of the star represented the seven deadly sins and the clay pot represented the temptations of evil. The faithful would symbolically resist temptation by hitting the pot and breaking it and would be rewarded by a handful of sweets. Today the religious significance has all but been lost and now piñatas are a guaranteed source of entertainment at children's parties and in Las Posadas, a Mexican tradition at Christmas time. 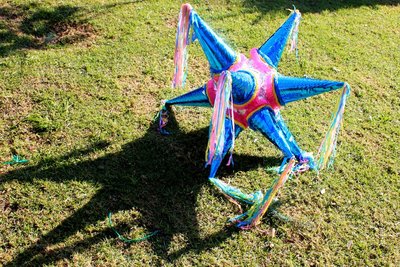 For me, though as soon as I see the dazzling stars appearing all over the city, I start to feel that Christmas is just around the corner... must go and buy my piñata!