Feeling dwarfed in one of the largest squares in the world 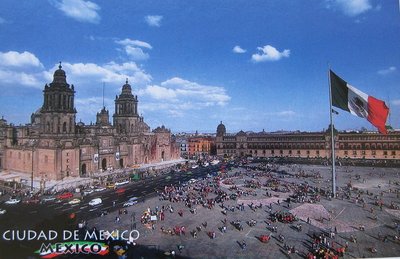 If there's one place in Meixco City where you'll feel dwarfed, it's in the Zócalo, the enormous 16th Century colonial plaza, right in the heart of the Centro Histórico. In keeping with the size of this mega-city, it's the third largest public square in the world after Red Square in Moscow and China's Tiananmen Square. It is as wide as several football fields and the massive Mexican flag flying in the middle could cover a house.

When the Spanish Conquistador, Hernán Cortés, and his men arrived in 1519, they destroyed the great Aztec temple which stood here and with the very same stones, built the surrounding buildings which represented the main symbols of power in Nueva España: the church and the government. The enormous Catedral Metropolitana is so big it took the Spanish three centuries to build and is slowly sinking down into the ground, which was once a shallow lake bed. Today the Palacio Nacional is not only where the President has his offices, it also houses some of Diego Rivera's famous murals which can be visited. The other two sides of this square are flanked by colonial buildings with arcades. 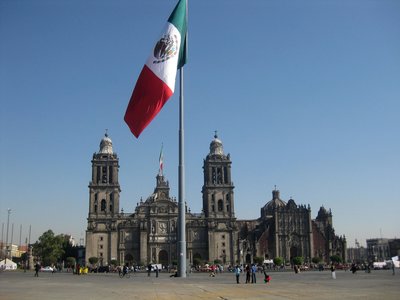 La Catedral was the first cathedral in Nueva España and is the oldest in the Americas. The bell towers hold 18 bells. 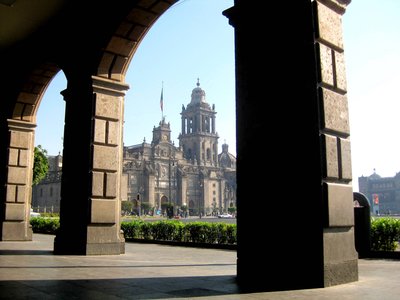 View of the Cathedral through the arches 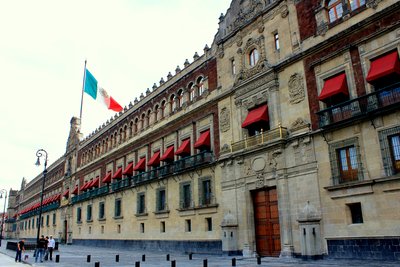 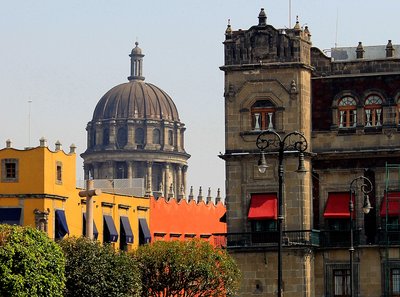 Old colonial buildings near the Zócalo 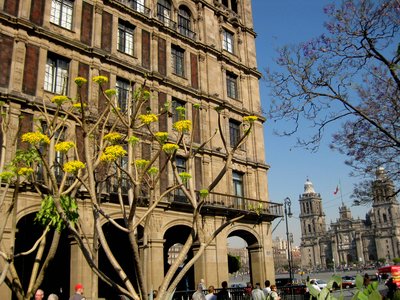 Looking towards the Cathedral 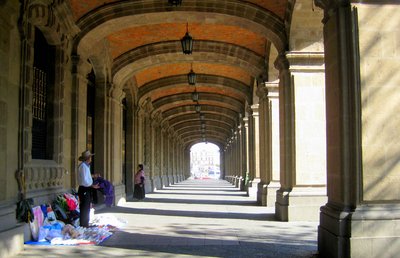 Early-morning sellers under the arcades around the Zócalo

The Zócalo is used for festivals, cultural events and demonstrations. If you want to experience it when it's packed full, come during the festivities to mark Mexico's Dia de la Independencia, on the evening of 15th September, and join the hundreds of thousands Mexicans who flock here to hear the President ring the bell on the balcony and deliver El Grito, celebrating Mexico's independence from Spain. ¡Viva México!. Mexican flags, fireworks, parades and music liven things up considerably. 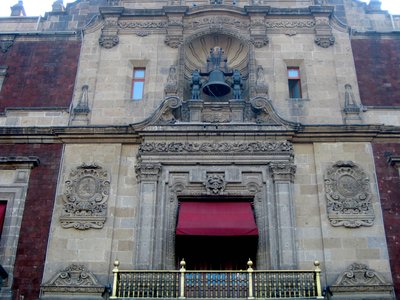 The balcony and bell - Palacio Nacional 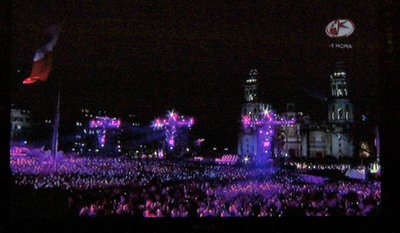 Of course, it's less crowded on normal weekdays but there's always something interesting going on... Aztec dancing, priests in clouds of incense performing cleansing ceremonies, colourful craft products spread out on blankets... 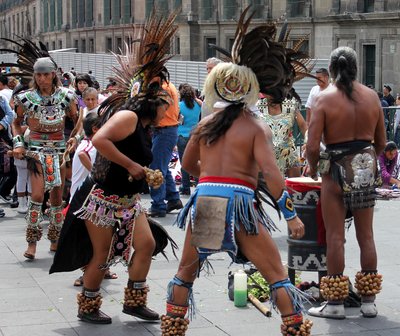 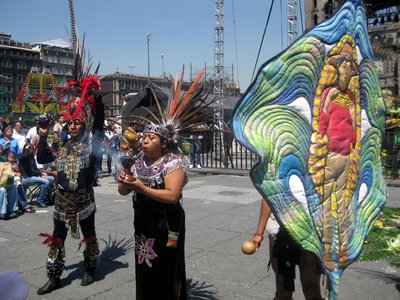 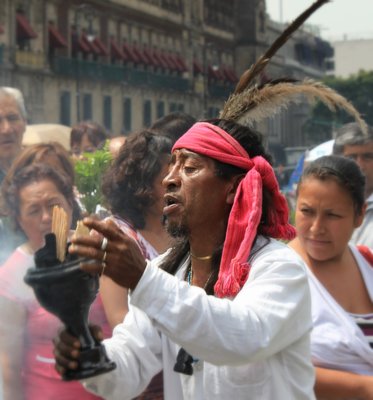 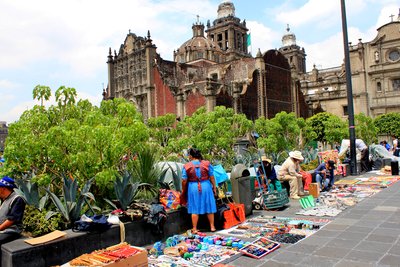 Vendors outside the Cathedral

During the winter holidays, be prepared for a surprise. The biggest ice-skating rink in the world (and probably the warmest one too) is installed in the Zócalo along with other snow and ice activities. These draw crowds who have never touched snow in their lives and who try their hand at snow motorbikes, make snowmen and slide down ice slopes on gliders. It gives the square a rather surreal wintry atmosphere in the warm sunshine. 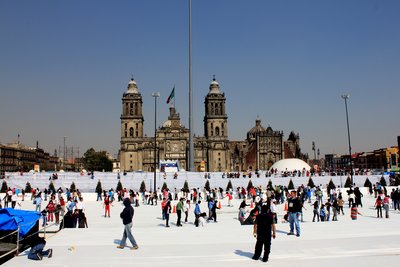 The biggest ice-skating rink in the world 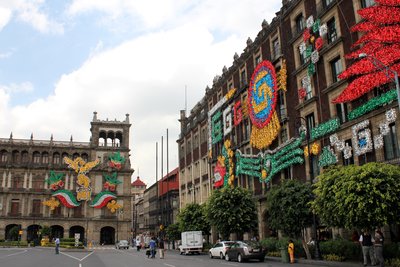 Decorations on the outside of the buildings in the Zócalo

However, nothing beats an early Sunday morning visit when the soft dawn light peeks behind the belltowers of the Cathedral and pushes its way into the square. There's hardly a soul there to disturb the peace and quiet. Just a few policemen and women standing idly in pairs at the corners, sleepily thumbing their cell phones, and huge flocks of pigeons which flap noisily as they get airborne when I approach them on my bicycle. That guarantees you a feeling of being dwarfed. 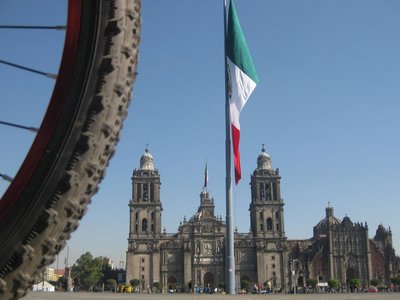