The volcano Popocatépetl is stirring 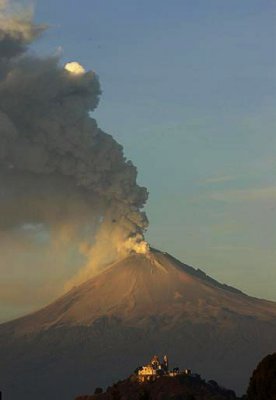 Over the last few days, the nearby volcano, Popocatépetl, has been making sure everyone remembers he's not dead, or asleep, or in a coma. He's been fuming and spitting out ash and glowing at night. Yesterday ash started falling on some of the towns in the area and today some of the schools remained closed. The authorities have increased the Alert Level to Yellow Phase 3, which among other things, means that people have to be ready to evacuate if necessary.

Here are some photos of the volcano (taken from newspapers): 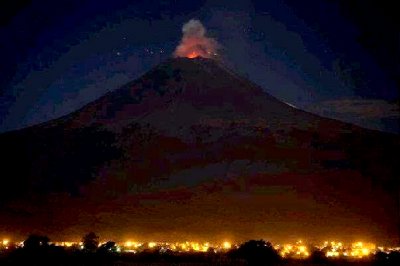 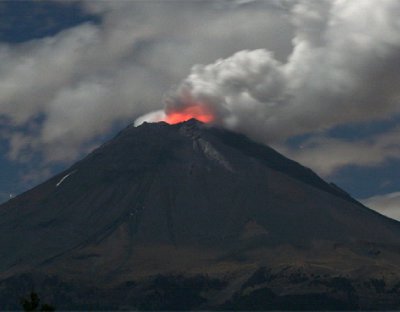 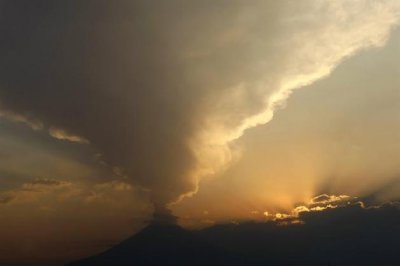 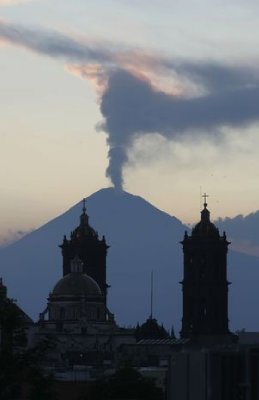 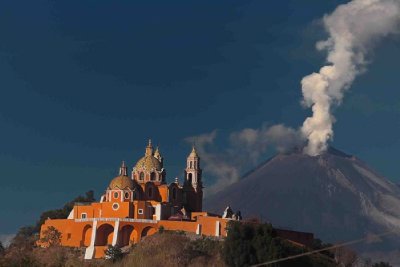 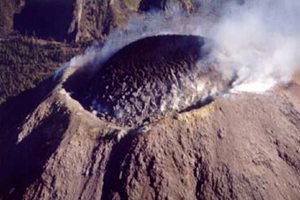 Now, I wonder whether Popocatépetl's stirrings have had anything to do with the earthquakes we've been having in the last month or whether it's the tremors which are waking him up? Maybe neither.

Mother nature will prevail, regardless of what we chose to do on Earth. Supposedly the "exhaling" and smoking is letting off the necessary steam so to speak so we don't have another Mount Saint Helen's on our hands ..... sure hope so!