Caught in a massive hailstorm in Mexico City 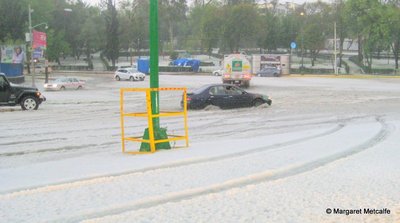 The sky had turned a menacing dark grey, with lightning tearing it apart. It started to spit with rain. That's not unusual as we're having a spell of wet weather at the moment. Then all of a sudden, it started to hail, furiously, copiously, so hard that the ground turned white immediately. Soon it was hard to see the road at all and we turned into a petrol station to shelter, watching as within minutes the urban landscape changed to a wintry scene before our very eyes, totally out of place here in Mexico City. The petrol station attendants had obviously never experienced anything like this before and momentarily forgot about filling up the cars. They started scraping up the hail and having a snowball fight. Marc and I watched stunned from inside the car, unable to believe our eyes. I personally have never seen so many centimetres of hail fall in such a short space of time. Car drivers were stopping and trying to remove it from their windscreens, it was so thick and heavy. With rivers of water mixing with thick slabs of hail, it was chaotic.

The chaos was even greater in Palmas and Periférico where the storm dumped 50 centimetres of hail in a few brief minutes. The roads there had to be closed. In other places, buses slid back down roads and drivers had to pull over and wait.

Marc and I will remember this afternoon for a long time. The Mexican man in the bread shop peered out of the window with an incredulous look on his face. Es la primera vez que veo algo así. "I've never seen anything like this before. Never!" He was shaking his head. I'm glad I had my small camera with me to freeze this moment in time and to prove to others that it really happened. They'd never believe us otherwise. 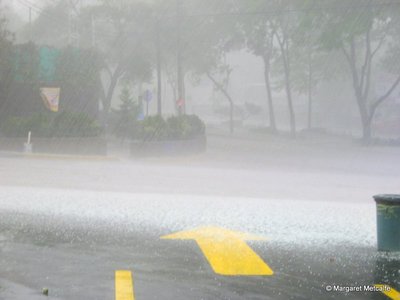 Caught in a heavy hailstorm 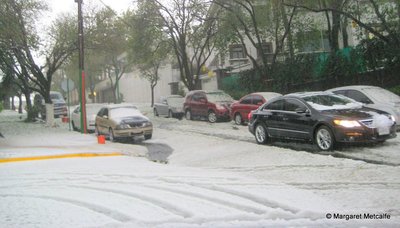 Drivers were having problems coming down the hill 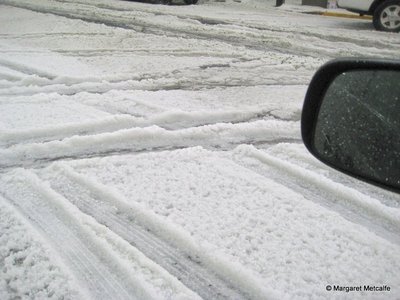 Within minutes the ground had turned completely white 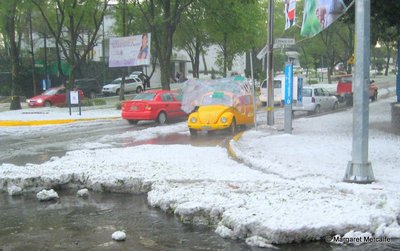 (Photos taken by Marc and Margaret)

Amazing! Never a dull moment in Mexico City!
Great photos ... given that you had your little camera with you that further proves it is the photographer, not the camera, that makes the picture!

I got caught in this hail storm too!! So bizarre. I'm in Condesa (http://www.mexicocityvibes.com/life-in-mexico-city.html ) and it wasn't as bad here as your photos.

I think we were in one of the places where it hailed the most. Nice blog, Ramon!