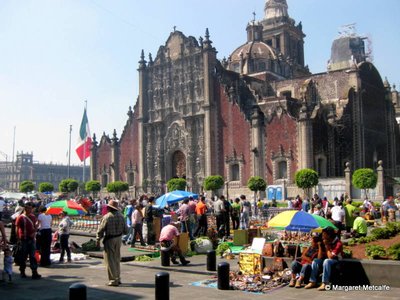 When it was founded by the Aztecs in 1325, the city, then called Tenochtitlán, was built on an island in the middle of a lake. Then the Spaniards arrived on the scene, conquered the Aztecs in 1521 and started draining the lake to control the floods. One flood in 1629 left the city underwater for five years! Since then the waters of the lake have more or less disappeared and the reservoirs underground providing water for modern-day Mexico City are constantly being depleted as the population continues to expand. As a result, the city is sinking down into the soft former lake bed at a rate of between 8-37 cm (5-14 inches) a year.

If you thought Venice was sinking fast, Mexico City está hundiendo even faster. Between 1950 and 1980, it sank down 5 metres (16 feet). When the famous monument, the Ángel de la Independencia, was built in 1910, it only had 9 steps at the base but another 14 have been added since then as the ground around it has sunk down. As you walk around the old parts of the city, you can see colonial buildings visibly leaning over or well below road level, balconies at odd angles and cracked walls or pavements. The Metropolitan Cathedral still looks askew despite the restoration project undertaken. By 1989, the heavier bell-tower end had sunk almost 3 metres (8 ft) deeper than the rear part and the eastern tower had subsided 1 metre (3 ft) more than the western one. Inch by inch and year by year, engineers repositioned a church that weighs more than 127,000 tons and is more than 400 feet long. Since excavation work began in 1993, the entire cathedral has been ratcheted more than 1 metre (3 ft) toward level, nearly half the distance it had settled askew

2. It has more museums than any other city in the world 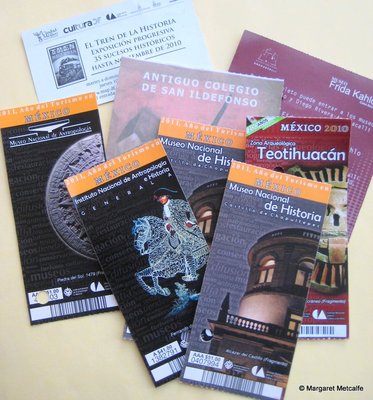 Tickets to some of Mexico City's museums

There are more than 160 museums in Mexico City, ranging from the enormous Museo Nacional de Antropología to some very tiny or obscure ones, including museums dedicated to Caricatures, Mexican Medicines or Telephony. In Chapultepec Park alone, you can visit 9 of them. Tickets cost 51 pesos per adult (about US$ 4 or €3) in the official ones which are free on Sundays for all Mexicans and residents. If you want to enjoy the museums without crowds, Sunday is a day to avoid, as is Monday when they are closed. Perhaps one of the strangest museum buildings is the one built by Carlos Slim, the richest man in the world, to house his personal collection of artifacts and paintings. Located in Plaza Carso in Polanco, it resembles a twisted tin can and is free of charge to everyone.

3. The city changes colour in March and April 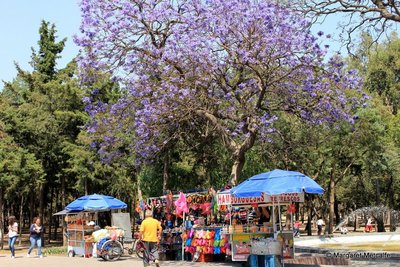 Sometime in March, the city starts undergoing a startling transformation when thousands of jacaranda trees begin blooming in the streets, covering the megalopolis in a beautiful purple cloak. At the height of the jacaranda season, if you stand still, you can hear the purple flowers drop off all around you and could be forgiven for thinking you're in the middle of a purple snowfall.

4. It is a massive city with millions of vehicles and NO driving test 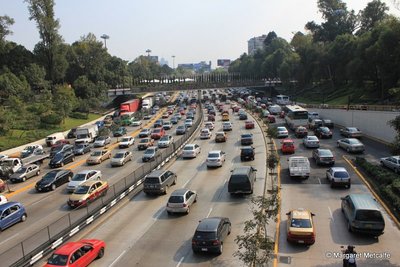 Millions of vehicles but no driving test is needed

Unbelievable as it may seem, the only thing new drivers have to do to launch themselves into the hazardous, chaotic traffic of this city, joining another 4 million vehicles on the roads, is to buy a driving licence. There is NO driving test involved, neither a written one or a practical one. Except for 15-17 year olds, the vast majority of drivers have had no formal training in how to drive their vehicle or how to share the road correctly with other users. Authorities in the capital eliminated the driving test in the early 1990s in a bid to reduce corruption but anyone visiting Mexico City today will see that this has only created a different set of problems. Sigh!

5. The Aztec language lives on 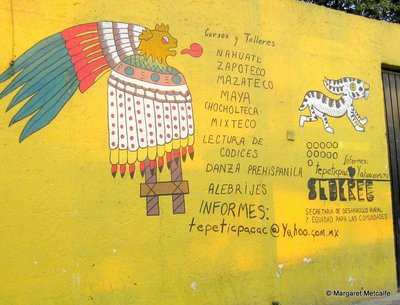 A cultural centre where you can learn indigenous languages, including náhuatl

Náhuatl, the language of the Aztecs, has been spoken in Central Mexico since the 7th Century AD. There are still 1.45 million people who speak it today mainly in the Valle de Mexico and it is considered a lengua nacional. You may be surprised to find that some of their words have made their way into the English language via Spanish. These include "tomato" (tomatl in náhuatl), "avocado" (ahuácatl) and "chocolate" (chocolatl or xocolatl).

6. The best time of year to drive in Mexico City 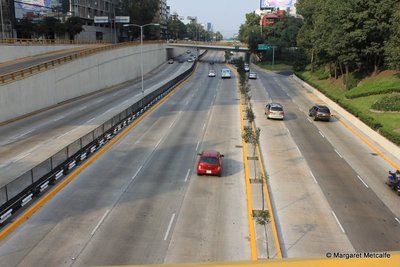 In 2011, IBM conducted their aptly-titled Commuter Pain Study around the world and guess which city grabbed first place? Yes, Mexico City which scored three times worse than New York. Of course, it came as no surprise to those of us who live here. The traffic snarls and congestion are notoriously bad. Yet there are a few times of the year when it can be positively pleasant to drive around the city: a few days during the Christmas holidays, at Easter and to a lesser extent, July. Why? That's when thousands of people leave the metropolis for Acapulco or other places and leave the streets empty. The only problem is... that's when we want to go away too!

7. Baking cakes is hit and miss 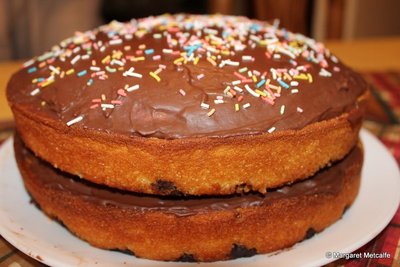 A successful cake baked by my kids...

Baking Brownies or cakes can be a real struggle here. Nothing to do with different flour varieties or anything like that. No, it's the high-altitude factor which forces you to re-think all your normal recipes. At over 2300 m (7000 ft), you need to make adjustments such as higher oven temperatures, less baking powder, more liquid, less sugar and who know what else. It's a case of hit and miss and experimenting. So if you have successfully baked a cake or your Brownies haven't turned out like volcanic rock while living in Mexico City, you can be very proud of yourself!

Mostly, when you say the word "Mexico" to people, they are already imagining tropical beaches and warm climes. And when you say "Mexico City" they think the same, but add a huge city to the scene. However, the weather is Mexico City is influenced by its location in a high-altitude "bowl" surrounded by mountains. This means it is COOL all year round, except for a couple of months. As many houses don't have central heating, it often gets chilly at night, especially in January and February when temperatures can drop to as low as -4 °C and chances are you may need one of those typical Mexican blankets on your bed to keep you warm. Ironically, many of us during the winter wear our jackets inside the house and take them off when we go outside. 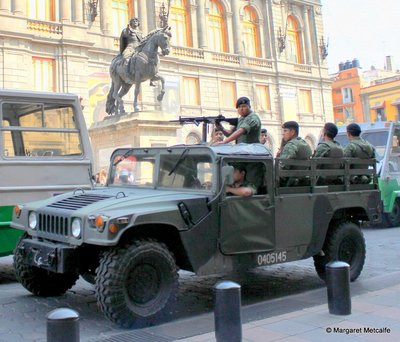 Statistics show that the capital is becoming a refuge for people fleeing from other areas around the country which have seen an increase in violence and crime. In general, Mexico City is safe as long as you take certain precautions... like in any other big cities in the world. Some say the drug cartels have left it alone because this is where their families live, although we have had some grisly episodes recently not too far from us. Others say that the Federal Police in DF are better paid and therefore less corrupt than in other states. Who knows?

10. The city has floating gardens and canals 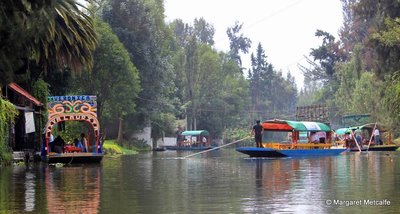 Canals and trajineras in Xochimilco

Down in the south of Mexico City is an area called Xochimilco, famous for its chinampas and canals. Here the Aztecs created chinampas, or floating gardens, on the shallow waters of the lake, Lago Texcoco. They did this by making rafts of juniper branches and heaping soil and mud from the lakebed on top of them. They then tied these rafts to juniper trees and used them as vegetable plots. Today, there are still around 200 of these islands which are used to grow flowers and other crops and they are part of the Xochimilco World Heritage site. You can go for rides along the canals in colourful, flat-bottomed boats called trajineras.